The Butler Bulldogs and the Marquette Golden Eagles meet in college basketball action from Fiserv Forum on Sunday.

Butler is sitting at 18-5 this year. The Bulldogs are 3-1 in their last four games, falling to Providence while otherwise beating Marquette, Georgetown and Villanova in that time. 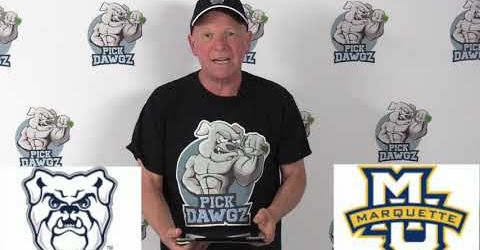 Over on the Marquette side, they’re 16-6 so far. The Eagles are 5-1 in their last six games, falling to Butler while otherwise beating Xavier, Georgetown, St. John’s, Xavier and DePaul in that time.

In the win over the Demons, Marquette’s Markus Howard led the team on 31 points with four assists and two rebounds. Koby McEwen added 13 points with nine rebounds there, and Jayce Johnson had 11 points with six boards.

Butler went through a 2-4 span earlier this calendar year, so the Bulldogs really needed a big game against Villanova—and they got it with a three-point win. Each of Butler’s last four games has been decided by five points or fewer.

As for Marquette, they’ve been on a scoring tear lately with at least 76 points in each of their last six games, so they could give the Bulldogs some trouble. This should be a pretty great game, and I like the Eagles to squeeze by with a cover here.