The Evansville Aces and the Bradley Braves meet in MVC college basketball action from the Carver Arena on Sunday afternoon.

The Evansville Aces come into this game looking for their first conference win of the season that would also snap an 11-game losing skid following a 64-60 loss to Southern Illinois in their last outing. In the loss to Southern Illinois, K.J. Riley led the Aces with 24 points on 7 of 13 shooting with a 10 of 11 mark from the foul line while Sam Cunliffe chipped in 15 points with a team-high 8 rebounds. Evan Kuhlman also added 4 steals and 7 blocks. Riley remains Evansville’s active leading scorer with 12.3 points per game while Riley and Cunliffe each have 4 rebounds per game this season. As a team, Evansville is averaging 68.8 points per game on 42.5% shooting from the field, 31.9% from behind the arc and 72.5% from the foul line while allowing their opponents to put up 74.8 points per game on 45.9% from the field and 37.1% from behind the 3-point line this season. 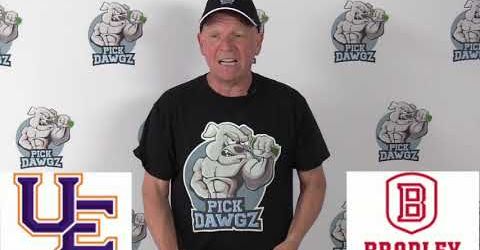 The Bradley Braves will look to climb some ranks in the MVC standings despite dropping back-to-back games to fall to 6-5 in conference play with a 73-60 loss to Drake last time out. In the loss to Drake, Darrell Brown led the Braves with 24 points on 7 of 14 shooting with a 10 of 13 mark from the foul line while Jashon Henry had 12 points and a team-high 11 rebounds for the double-double. Nate Kennell also added 11 points with a team-high 3 steals. Brown leads the Braves with averages of 14.5 points and 4.5 assists per game while Henry is the Braves’ active leading rebounder with 6.1 rebounds per game this season. As a team, Bradley is averaging 71.1 points per game on 43.6% shooting from the field, 37.6% from behind the arc and 73.6% from the foul line while allowing opponents to put up 64.8 points per game on 39% shooting from the field and 29.7% from behind the 3-point line.

Part of me would like to think that Evansville shows up here and maybe says enough is enough with the beatdowns. The problem with that is that the Aces have shown nothing to give me the impression that they’d be able to turn it around against one of the better teams in the MVC in Bradley, especially on the road. The Aces have just been getting beaten up on more often than not, with eight of their 11 losses in conference play coming by double-digits, including a 20-point loss to Bradley at home earlier this season. I just don’t see things getting better for Evansville here, so I’ll lay the points with Bradley at home in this one.