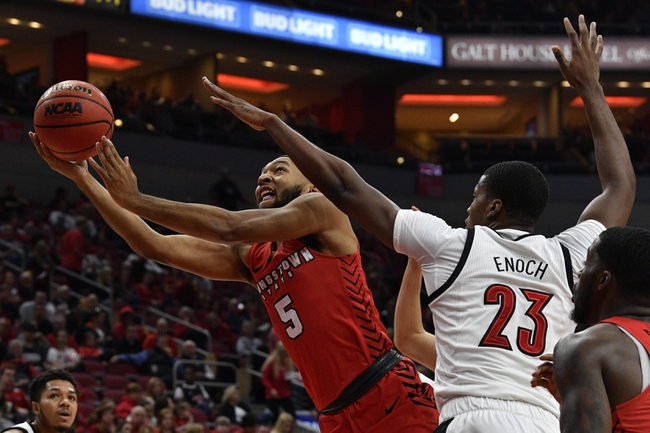 The Cleveland State Vikings and the Youngstown State Penguins meet in Horizon League college basketball action from the Beeghly Center on Saturday evening.

The Cleveland State Vikings will look to rebound from a 64-62 loss to UIC last time out. Craig Beaudion led the Vikings with 12 points along with a team-high 6 assists while Algevon Eichelberger and Franklyn Penn Jr. each had 10 points to round out the trio of double-digit scorers for Cleveland State in the losing effort with Eichelberger grabbing a team-high 7 rebounds while Penn Jr. had 4 assists and 3 steals. Torrey Patton added 9 points with 6 rebounds and 4 steals as well in the losing effort for the Vikings. Eichelberger leads Cleveland State in scoring and rebounding with 13.3 points and 6.6 rebounds per game while Beaudion leads the Vikings in assists with 3.5 assists per game this season. As a team, Cleveland State is averaging 63.7 points per game on 41.3% shooting from the field, 29.2% from behind the arc and 68.4% from the foul line this season.

The Youngstown State Penguins will look to find some consistency after alternating wins and losses in each of their last 4 games following an 91-76 win over IUPUI last time out. Darius Quisenberry led the Penguins with 22 points on 8 of 14 shooting with a pair of threes and a team-high 7 assists while Michael Akuchie added 15 points with a team-high 9 rebounds and Garrett Covington added 13 points with 6 rebounds. Naz Bohannon added 12 points on 6 of 9 shooting with 7 rebounds and a team-high 4 assists while Devin Morgan added 11 points with 3 threes and 3 assists to round out the group of double-digit scorers for Youngstown State in the winning effort. Quisenberry leads Youngstown State in scoring and assists with an average of 15.9 points and 4 assists per game while Bohannon leads the Penguins in rebounding with 8.6 rebounds per game this season. As a team, Youngstown State is averaging 73.3 points per game on 42.2% shooting from the field, 30.1% from behind the arc and 67% from the foul line this season.

A lot of the trends, including the head-to-head, may suggest that we’d have a close game on our hands and that the points may come in handy late. However, Cleveland State has been awful on the road this season, putting up just 59.7 points per game while allowing 78.2 points per game, a difference of being outscored by 18.5 points per game this season. Those aren’t numbers you want against a Youngstown State team that’s been pretty good at home this year and are scoring 78.3 points per game at home on the year. I just think all of this adds up to a double-digit YSU victory, so I’ll lay the points with the Penguins here.