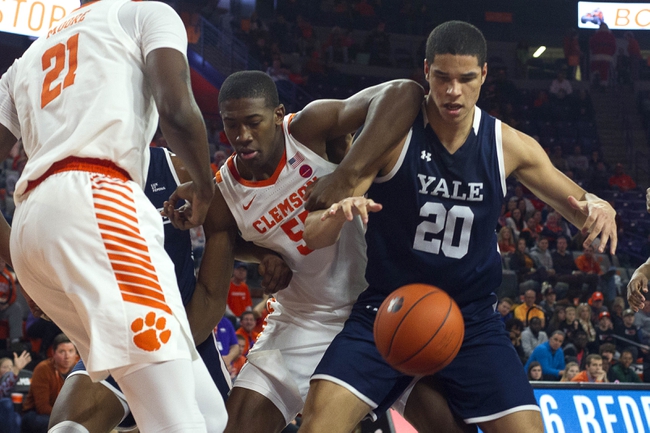 The Dartmouth Big Green will travel to the John J. Lee Amphitheater to take on the Yale Bulldogs this Saturday night in College Basketball action.

The Dartmouth Big Green lost their 8th straight game and dropped to 7-13 (0-5 Ivy League) on the season after being defeated by the Brown Bears, 67-65, on Friday night. Dartmouth went into halftime with a 35-27 lead, however, struggled defensively in the 2nd half and couldn’t fight back after an 11-0 Bears run gave Brown a 61-52 lead with just 2:31 left in regulation. Dartmouth shot 54.0% from the field and 60.0% from beyond the arc, however, allowed Brown made a living at the FT line in, outscoring the Big Green by a 17 points in that category. Leading the way for the Big Green was Chris Knight who had 17 points, 6 rebounds, 1 assist, 2 blocks, and 2 steals.

Defensively, Dartmouth was holding their opponents to average 64.4 ppg on 42.0% shooting from the field. The Big Green had a rebound margin of 1.0 and a turnover margin of -0.3.

The Yale Bulldogs had their 6-game winning streak snapped and dropped to 16-5 (4-1 Ivy League) on the season after being defeated by the Harvard Crimson, 78-77, on Friday night. Yale fought back after trailing by a 45-32 margin at halftime to pull within a 52-51 margin midway through the 2nd half, however, couldn’t fight back after Harvard took a 73-60 lead with 5:02 left in regulation. Yale shot 45.5% from the field, however, allowed Harvard to shoot 54.4% from the field and 42.1% from beyond the arc in the loss. Leading the way for the Bulldogs was Paul Atkinson who had 28 points, 6 rebounds, 2 assists, and 5 steals.

Defensively, Yale was holding their opponents to an average of 63.8 ppg on 37.7% shooting from the field. The Bulldogs had a rebound margin of 5.7 and a turnover margin of -0.8.

Dartmouth has lost 9 of their last 10 games and although their defense has been decent, currently ranking 60th in scoring defense, the Big Green have really struggled offensively as they come into this game ranked just 324th in scoring offense.

Yale is one of the top-tier teams in the Ivy League once again this season and come into match-up ranked 42nd in scoring offense, 27th in FG%, and 46th in scoring defense.

Dartmouth can do a great job of slowing down a game and keeping it close, however, playing at Yale is one of the tougher challenges for any Ivy League team and as I think the Bulldogs offense will have success on their home court, I think Yale bounce back with a 15-20 point win. Take Yale to cover! Good Luck!