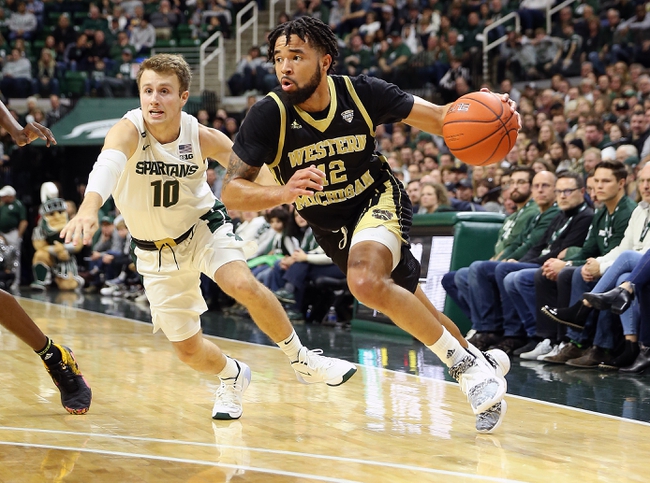 The Ball State Cardinals and the Western Michigan Broncos meet in college basketball MAC-tion from University Arena on Saturday afternoon.

The Ball State Cardinals will look to build on back-to-back wins after a 62-54 win over Kent State last time out. Kyle Mallers led the Cardinals with 16 points on 4 of 8 shooting with 3 threes while Tahjai Teague added 12 points with team-highs of 17 rebounds, 6 assists and 3 blocks for the double-double. Jarron Coleman added 11 points with 5 assists to round out the trio of double-digit scorers for Ball State in the win while Brachen Hazen added a team-high 10 rebounds. Teague leads Ball State in scoring and rebounding with an average of 15.2 points and 9.3 rebounds per game while Coleman leads the Cardinals in assists with 2.8 assists per game this season. As a team, Ball State is averaging 70 points per game on 42.6% shooting from the field, 33% from behind the 3-point line and 66.1% from the foul line this season.

I get why the points with a home dog like Western Michigan would be tempting as the Broncos have been decent at home this year and head-to-head, the home team’s had a lot of success. However, Ball State is just playing the better ball as of late, and that includes a 7-3 mark ATS and SU in their last 10 games. I just think that the Cardinals will pull away in this one as the second half so I’ll lay the points with Ball State in this one.