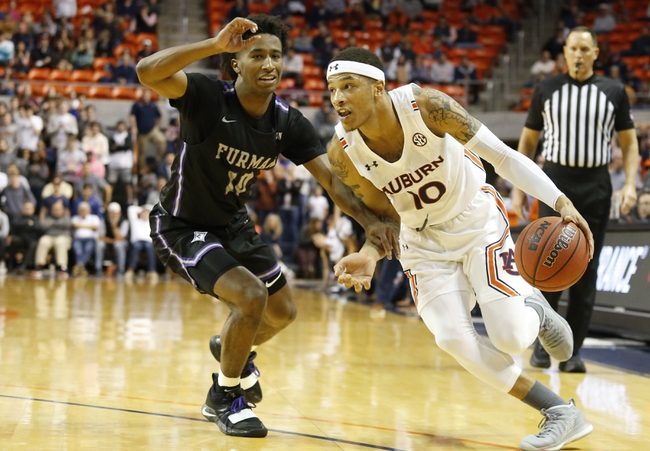 The Furman Paladins and the Western Carolina Catamounts meet in SoCon college basketball action from the Ramsey Center on Saturday afternoon.

The Furman Paladins will look to add to their current four-game winning streak after a 79-57 win over Mercer last time out. Noah Gurley led Furman with 15 points on 6 of 8 shooting while Jordan Lyons and Jalen Slawson each had 13 points with Slawson shooting 5 of 7 with 4 rebounds while Lyons hit 3 triples and had 3 assists. Clay Mounce added 12 points with a team-high 6 rebounds while Mike Bothwell added 10 points with a team-high 5 assists to round out the group of double-digit scorers for Furman in the winning effort. Alex Hunter added 9 points with 3 threes and 5 assists of his own as well in the victory. Lyons leads Furman in scoring with an average of 16.9 points per game while Mounce leads the Paladins in rebounding with 6.3 rebounds per game and Alex Hunter leads Furman in assists with 3.4 assists per game this season. As a team, Furman is averaging 77.8 points per game on 48.1% shooting from the field, 35.3% from behind the 3-point line and 68.6% from the foul line this season.

The Western Carolina Catamounts will look to build on back-to-back wins after a 78-70 win over Samford last time out. Carlos Dotson led the Catamounts with 20 points on 8 of 14 shooting with a team-high 14 rebounds for the double-double while Onno Steger added 18 points on 7 of 12 shooting with 3 threes and 7 rebounds and Mason Faulkner added 16 points with 7 rebounds and a team-high 7 assists to round out the trio of double-digit scorers for Western Carolina in the winning effort. Faulkner leads Western Carolina in scoring and assists with an average of 18 points and 6 assists per game while Dotson leads the Catamounts in rebounding with 9.7 rebounds per game this season. As a team, Western Carolina is averaging 79.1 points per game on 46.8% shooting from the field, 36.8% from 3-point range and 69.6% from the foul line this season.

I think if you had given me points with the Western Carolina team that was rattling off wins left and right earlier this year, I’d have taken the points. However, Furman is starting to turn it up, and are racking up the wins left and right, and have played some of their better ball this season on the road. I just don’t know if Western Carolina will have the answers for what Furman brings here, so I’ll take my chances and lay the points with Furman in this one.