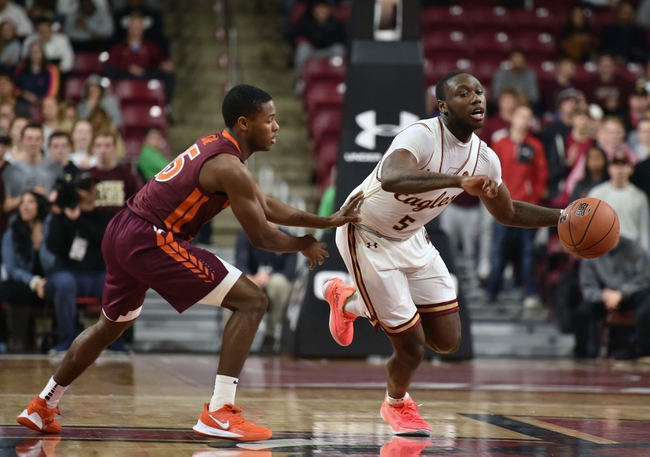 The Boston College Eagles and the Virginia Tech Hokies meet in college basketball action from Cassell Coliseum on Saturday.

Boston College comes in here at 11-12 overall. The Eagles are 2-2 in their last four games, beating Virginia Tech and UNC while otherwise falling to Louisville and Duke in that time.

In the loss to the Devils, Boston College’s Derryck Thornton put up 21 points with three assists and two rebounds. Jay Heath almost doubled up there with 12 points and nine boards, and Stefan Mitchell hauled in 12 rebounds.

Over on the Virginia Tech side, they’re 14-9 so far. The Hokies have lost four straight games, dropping to Boston College, Miami-FL, Florida State and Georgia Tech in that stretch.

In the loss to the Jackets, Virginia Tech’s Tyrece Radford managed 12 points with three rebounds and one assist. Also in double-digits there was Landers Nolley with 10 points, seven rebounds and two assists.

Boston College hung around with Duke pretty well initially in the Tuesday loss, and even carried a 24-21 lead into halftime. Still, the Eagles have hit 70 points just twice in their last 11 games, so they’re better in lower-scoring affairs.

Looking at Virginia Tech’s recent offensive output (63 or fewer points over each of their last four), that’s good news for the Eagles. I’m probably staying away from this one as there’s not a ton of intrigue, but I like Boston College again here.