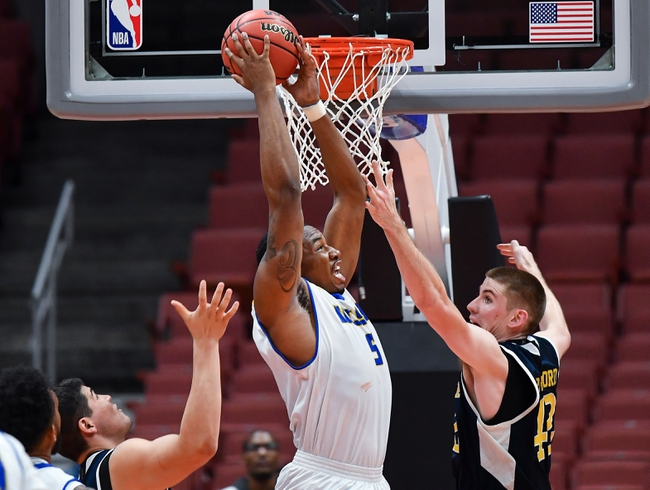 UC Irvine enters this game at 15-9 so far. The Anteaters have won four straight games, taking out Cal Poly, UC Davis, CSUF and UC Davis again during that stretch of victories.
In the win over the Aggies, UC Irvine’s Brad Greene led the way with a double-double on 17 points and 12 rebounds. Collin Welp added 13 points with three assists there, and Tommy Rutherford had 12 points with nine boards.
Over on the Gauchos’ side, they’re 15-8 this year. UCSB last fell to CSUN on January 30, and since then they’ve taken out Long Beach State and Hawaii in their last pair.
In the win over the Warriors, UCSB’s Amadou Sow led the team on 30 points with six rebounds and two assists. Max Heidegger added 13 points there, and Robinson Idehen had 11 points and four boards.
The Gauchos are 2-5 ATS in their last seven home games and 7-3 ATS in their last 10 after a straight-up win. UCSB is 2-5 ATS in the last seven overall and the over is 7-3 in the last 10 Saturday games.

UCSB has been scoring well themselves, with a combined 163 points over their last two games. This should be a really entertaining matchup, but I like the Anteaters to eke out a cover/win.