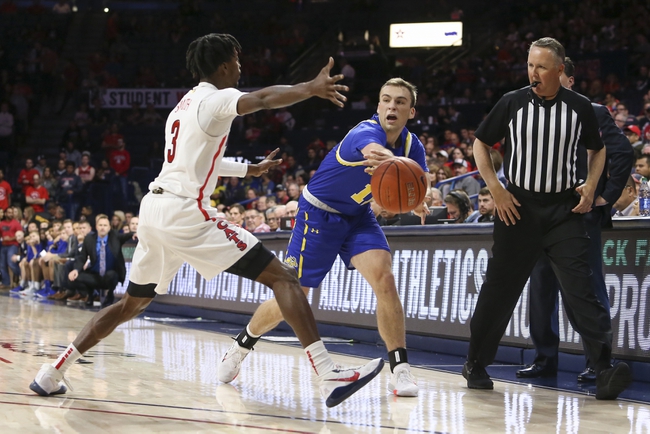 Where to Watch: gojacks.com/watch Stream College Basketball all season on ESPN+. Sign up now!

The Omaha Mevericks and the South Dakota State Jackrabbits meet in Summit League college basketball action from the Frost Arena on Saturday.

The Omaha Mavericks will look to bounce back from back-to-back losses after an 86-78 loss to North Dakota State last time out. KJ Robinson led the Mavericks with 20 points on 5 of 11 shooting with 4 threes while Marlon Ruffin added 17 points and Matt Pile chipped in 15 points on 6 of 11 shooting with a team-high 6 rebounds to cap off the trio of double-digit scorers for Omaha in the loss. JT Gibson added 8 points with a team-high 4 assists as well in the defeat as well. Robinson leads the Mavericks in scoring with an average of 15 points per game whilePile leads Omaha in rebounding with 10.1 rebounds per game and Ayo Akinwole leads the Mavericks in assists with 3.1 assists per game this season. As a team, Omaha is averaging 73.7 points per game on 45.5% shooting from the field, 34.6% from behind the arc and 71.6% from the foul line this season.

On the surface, laying double digits with most teams on the surface can feel uncomfortable. However, we have two teams heading in two completely different directions in terms of playing against the spread this year, as Omaha has struggled on the road while South Dakota State has gone undefeated straight up at home and 9-1 ATS this season while outscoring teams by 18.6 points per game. I’m surprise this line isn’t heavier, but I’ll still take it as a gift. I’ll lay the points with South Dakota State in this one.