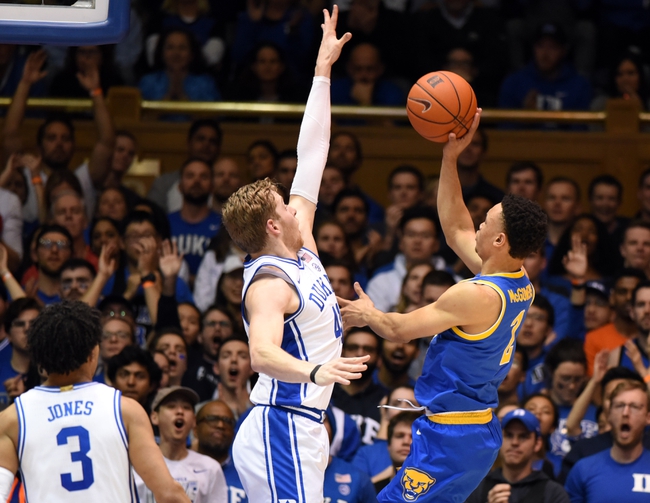 The Georgia Tech Yellow Jackets and the Pitt Panthers meet in ACC college basketball action from the Petersen Events Center on Saturday night.

The Pitt Panthers will look to rebound from an 80-72 loss to Notre Dame last time out. Justin Champagnie led the Panthers with 20 points along with 11 rebounds for the double-double while Xavier Johnson added 17 points with 4 assists and 3 steals and Trey McGowens added 15 points with a team-high 5 assists in addition to a pair of steals to finish off the scoring in double figures for Pitt in the losing effort. McGowens leads Pitt in scoring with an average of 12.8 points per game while Champagnie leads the Panthers in rebounding with 7.3 rebounds per game and Johnson leads Pitt in assists with 5.2 assists per game this season. As a team, Pitt is averaging 66.5 points per game on 41.4% shooting from the field, 30.3% from behind the arc and 72.5% from the foul line this season.

The free points with Georgia Tech at home are tempting considering how well the Yellow Jackets have played lately. However, the recent wins have been coming at home, while the Yellow Jackets continue to have issues playing on the road. Pitt does some of their best work at home this year and have won their last 3 home games against Miami, Boston College and North Carolina. I just don’t see a different result against Georgia Tech, so I’ll lay the bucket with the Panthers here.