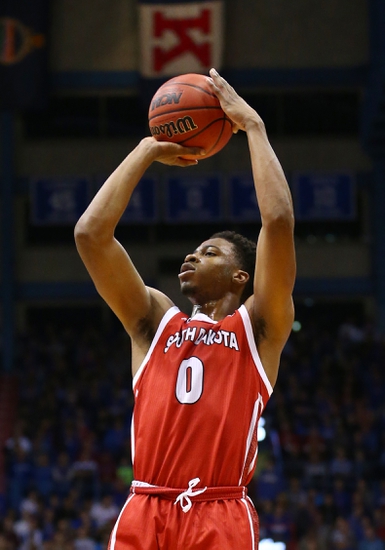 Where to Watch: MDCO SN; ESPN3 Stream College Basketball all season on ESPN+. Sign up now!

The South Dakota Coyotes will travel to the Betty Engelstad Sioux Center to take on the North Dakota Fighting Hawks this Saturday afternoon in College Basketball action.

The South Dakota Coyotes have won six straight games and improved to 17-8 (8-2 Summit) on the season after dismantling the Peru State College Bobcats 106-45.  The game was never close as the Coyotes opened up a 27-10 lead with 9:27 remaining in the first half and built that lead up to 48-20 at the half.  The Coyotes dominated through the rest of the game, shooting an impressive 67.2% from the field, including 43.3% from beyond the arc. Leading the way for South Dakota was Cody Kelley who had 27 points, 4 rebounds, 2 assists and 7 steals.

Defensively, South Dakota is allowing their opponents to average 73.5 points per game on 45.5% shooting from the field.  The Coyotes have a rebound margin of 0.8 and a turnover margin of 1.0.

Defensively, North Dakota is allowing their opponents to average 73.5 ppg on 44.6% shooting from the field. The Fighting Hawks have a rebound margin of 3.8 and a turnover margin of -2.7.

South Dakota have won 8 of their last 9 games and have been led by their explosive offensive that ranks 18th in scoring offense, 6th in FG%, and 4th in 3P-FG%.

North Dakota has lost 5 of their last 8 games and although their offense has had success putting up points, ranking 73rd in scoring offense & 56th in FG%, the Fighting Hawks have struggled defensively and currently rank just T-279th in scoring defense.

South Dakota is the better team on both ends of the court and despite the fact that North Dakota has an impressive 7-1 record at home this season, I think the Coyotes offense will be too much for the Fighting Hawks to handle and that South Dakota does enough to cover this small road spread. Good Luck.