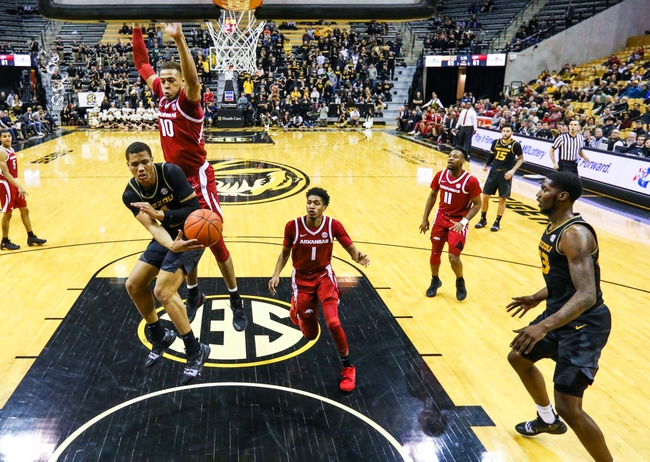 The Arkansas Razorbacks and the Missouri Tigers meet in SEC conference college basketball action from the Mizzou Arena on Saturday afternoon.

The Arkansas Razorbacks will look to find some consistency after alternating wins and losses in each of their last 5 games following a 79-76 loss to Auburn last time out. Mason Jones accounted for more than half of Arkansas’ scoring output with 40 points on 12 of 24 shooting with 5 threes and a team-high 5 assists while Desi Sills added 14 points with 4 threes and 4 steals and Adrio Bailey chipped in 11 points with a team-high 7 rebounds to round out the trio of double-digit scorers for Arkansas in the losing effort. Jimmy Whitt Jr. was held scoreless but still grabbed 7 rebounds and logged 3 steals. Jones leads Arkansas with an average of 20.7 points, 6.2 rebounds and 3.5 assists per game this season. As a team, Arkansas is averaging 74.7 points per game on 44.4% shooting from the field, 31.8% from behind the arc and 72% from the foul line this season.

The Missouri Tigers could use a win after losing back-to-back games and 6 of their last 7 following a 68-51 loss to Texas A&M in their last outing. Mitchell Smith led the Tigers with 9 points and 11 rebounds, falling 1 point shy of the double-double while Dru Smith added a team-high 7 assists as Missouri shot 15 of 49 as a team in the losing effort. Dru Smith leads Missouri in scoring and assists with an average of 11.2 points and 4.2 assists per game while Mitchell Smith leads the Tigers in rebounding with 4.7 rebounds this season. As a team, Missouri is averaging 65.3 points per game on 40.4% shooting from the field, 30.5% from behind the 3-point line and 77.4% from the foul line this season.

The Hogs have struggled with consistency lately, and it’s really brought their record down to earth compared to their high-flying start to the year. However, one thing that Missouri has done consistently lately is lose, and a lot of it has to do with a lack of offense on the Tigers end. I could be wrong, but I just don’t see a way that Missouri hangs in here, especially with their recent form ATS, so I’ll lay the points with the Razorbacks here. 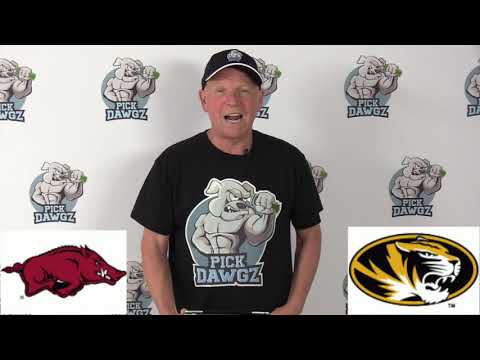