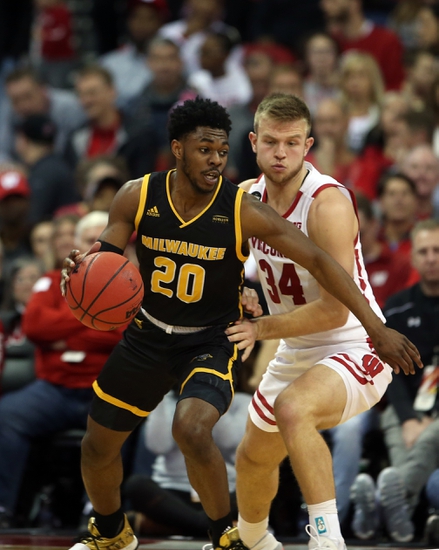 The Milwaukee Panthers will travel to Indiana Farmers Coliseum to take on the IUPUI Jaguars this Saturday afternoon in College Basketball action.

The Milwaukee Panthers snapped a 3-game losing streak and improved to 11-13 (6-6 Horizon) on the season after defeating the UIC Flames, 74-57, this past Thursday night. Milwaukee was outstanding offensively on the road and had little trouble pulling away for victory in the 2nd half after going into halftime with a 37-25 lead. Milwaukee shot an impressive 50.0% from the field and 46.2% from beyond the arc in the victory. Leading the way for the Panthers was Darius Roy who had 18 points, 4 rebounds, 7 assists, 1 block, and a steal.

Defensively, Milwaukee is allowing their opponents to average 71.6 ppg on 43.2% shooting from the field. The Panthers have a rebound margin of -0.7 and a turnover margin of 2.3.

The IUPUI Jaguars lost their 3rd straight game and dropped to 6-19 (2-10 Horizon) on the season after being defeated by the Green Bay Phoenix, 91-85, this past Thursday night. IUPUI trailed by a 47-27 margin at halftime and although they made a solid run towards the end of the game and point 58 2nd half points, IUPUI couldn’t pull off the come from behind victory. IUPUI allowed Green Bay to shoot 45.0% from beyond the arc and lost the rebound battle by a 48-34 margin in the loss. Leading the way for the Jaguars was Marcus Burk who had 33 points, 5 rebounds, 3 assists, 1 block, and a steal.

Defensively, IUPUI is allowing their opponents to average 78.6 ppg on 45.3% shooting from the field. The Jaguars have a rebound margin of -2.9 and a turnover margin of -1.4.

Milwaukee has split their last six games and currently rank 175th in scoring offense, 200th in defensive FG%, and 54th in turnover margin.

IUPUI has lost 7 of their last 8 games and have struggled on both ends of the court this season as the Jaguars currently rank just 284th in FG%, 334th in scoring defense, and 293rd in defensive FG%.

Milwaukee was able to pull out a 78-74 victory at home against IUPUI and are coming off an impressive showing at UIC, however, the Panthers have seemed to struggled in the 2nd half or back-to-back road games in conference play, losing to both Wright State and Cleveland State by double-digits. IUPUI has not been great at all this season ATS, however, as I think both Marcus Burk & Jaylen Minnett will be able to have strong offensive performances against Milwaukee’s 237th ranked scoring defense, I’m going to go with IUPUI and the points in this one. Good Luck!