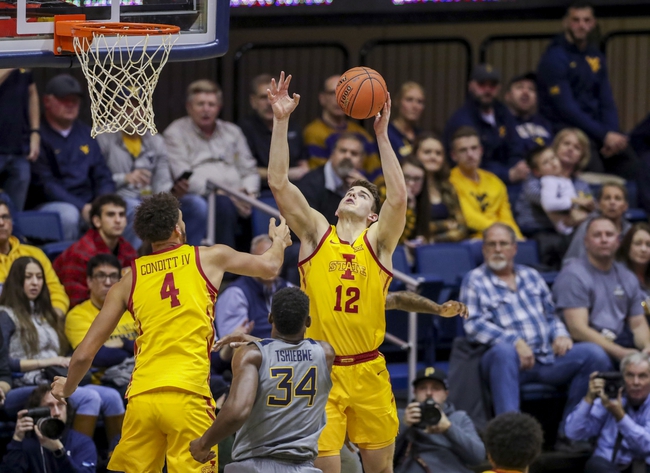 The Kansas State Wildcats and the Iowa State Cyclones meet in Big 12 conference college basketball action from the Hilton Coliseum on Saturday night.

The Kansas State Wildcats will be looking for a win after back-to-back losses following a 73-67 loss to Baylor in their last outing. Xavier Sneed led the Wildcats with 23 points on 7 of 12 shooting with 4 threes and a team-high 8 rebounds with 3 assists while Cartier Diarra added 11 points coming on 3 threes with 3 steals. Makol Mawien and Montavious Murphy each had 10 points to round out the group of double-digit scorers for K-State in the losing effort with Mawien shooting 4 of 6 with 8 rebounds of his own. Sneed leads Kansas State in scoring with an average of 14.8 points per game while Mawien leads the Wildcats in rebounding with 5.3 rebounds per game and Diarra leads the Wildcats in assists with 4.7 assists per game this season. As a team, Kansas State is averaging 65.2 points per game on 41.6% shooting from the field, 32.7% from behind the arc and 66.3% from the foul line this season.

The Iowa State Cyclones need a win to snap a four-game losing streak after a 78-61 loss to West Virginia last time out. Rasir Bolton led the Cyclones with 18 points on 6 of 15 shooting with 3 threes while Tyrese Haliburton added 12 points 6 rebounds, 3 assists and a team-high 5 steals as the only other double-digit scorer for Iowa State in the losing effort. Michael Jacobson added 5 points with a team-high 7 rebounds while Prentiss Nixon had 6 points and 3 assists of his own. Haliburton leads the Cyclones with an average of 15.5 points, 6 rebounds and 6.6 assists per game this season. As a team, Iowa State is averaging 74.1 points per game on 44.1% shooting from the field, 31.7% from behind the arc and 73.1% from the foul line this season.

Realistically I’m not trying to back either one of these teams with the funk that they’re in, but since the new year, Iowa State’s play is a bit more excusable as their recent poor run is a lot due to the fact that the Cyclones have been on the road, and their losses at home have been to Baylor and Kansas while also defeating Oklahoma State and Oklahoma. Kansas State is just in a down year overall and the Wildcats are scoring just 60.3 points per game on the road this season while Iowa State is putting up 75.8 points per game at home this year. I’ll lay the buckets with Iowa State in a bounce back performance here.