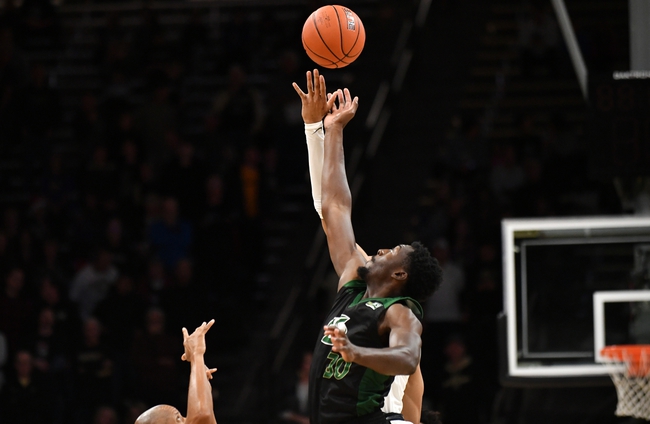 The Sacramento State Hornets will travel to Reed Gym to take on the Idaho State Bengals this Saturday night in College Basketball action.

The Sacramento State Hornets lost their 4th straight game and dropped to 11-10 (4-8 Big Sky) on the season after being defeated by the Weber State Wildcats, 70-66, this past Thursday night. Sacramento State struggled defensively against Weber State and although they made it game late, the Hornets couldn’t come away with a victory after being held scoreless over the final 1:25 of regulation. Sacramento State allowed Weber State to shoot 53.5% from the field and 43.8% from beyond the arc in the loss. Leading the way for the Hornets was Joshua Patton who had 16 points, 9 rebounds, 2 assists, and a block.

Defensively, Sacramento State is holding their opponents to an average of 57.9 ppg on 40.0% shooting from the field. The Hornets have a rebound margin of 4.1 and a turnover margin of 1.1.

The Idaho State Bengals lost their 7th consecutive game and dropped to 6-15 (3-9 Big Sky) on the season after being defeated by the Northern Arizona Lumberjacks, 88-87 in OT, this past Thursday night. Idaho State allowed Northern Arizona to force OT on a Cameron Shelton lay-up with just :01 second left in regulation and could fight back after a Cameron Satterwhite jumper with :54 seconds left in OT gave the Lumberjacks the lead for good. Idaho State struggled defensively against Northern Arizona, allowing the Lumberjacks to shoot 54.5% from the field and 50.0% from beyond the arc in the loss. Leading the way for the Bengals was Malik Porter who had 21 points, 5 rebounds, 2 assists, 1 block, and 3 steals.

Defensively, Idaho State is allowing their opponents to average 71.3 ppg on 47.2% shooting from the field. The Bengals have a rebound margin of 2.2 and a turnover margin of -2.6.

Idaho State has lost 9 of their last 10 games and have struggled on both ends of the court as the Bengals currently rank just T-234th in scoring offense, 235th in scoring defense, and 337th in defensive FG%.

Sacramento State has struggled as of late and currently have just a 2-8 record on the road, however, the Hornets are the better overall team and between he fact that Hornets defeated Idaho State by 19 points in early January and that I think their defense will once again gave the Bengals offense trouble, I’m taking Sacramento State to cover this small road spread.

Get Premium Picks Start Winning Now »
The pick in this article is the opinion of the writer, not a PickDawgz site consensus.
Previous Pick
Mississippi State vs. Vanderbilt - 2/8/20 College Basketball Pick, Odds, and Prediction
Next Pick
Idaho vs. Montana - 2/8/20 College Basketball Pick, Odds, and Prediction