The Alabama Crimson Tide and the Georgia Bulldogs meet in SEC college basketball action from the Stegeman Coliseum on Saturday night.

The Alabama Crimson Tide will be out to snap a three-game losing streak after a 69-68 loss to Tennessee last time out. Kira Lewis Jr. led the Tide with 19 points on 8 of 15 shooting with 3 threes while Jaden Shackelford added 12 points on 4 of 8 shooting with a pair of threes as the only other Alabama player to score in double figures in the losing effort. John Petty Jr. added 8 points with team-highs of 11 rebounds and 7 assists as well in the loss. Lewis Jr. leads Alabama in scoring and assists with an average of 16.5 points and 4.6 assists per game while Petty Jr. leads the Tide in rebounding with 7.4 rebounds per game this season. As a team, Alabama is averaging 81.6 points per game on 44.1% shooting from the field, 34.9% from behind the arc and 71% from the foul line this season.

The Georgia Bulldogs will look to rebound after losing 5 of their last 6 games following an 81-75 loss to Florida last time out. Anthony Edwards led the Bulldogs with 32 points on 10 of 17 shooting with 6 threes and 6 rebounds in addition to 3 steals and a pair of blocks while Sahvir Wheeler added 16 points on 6 of 8 shooting with a team-high 4 assists as the only other double-digit scorer for Georgia in the losing effort. Edwards leads Georgia in scoring with an average of 19.9 points per game while Wheeler leads the Bulldogs in assists with 4.4 assists per game and Rayshaun Hammonds leads Georgia in rebounding with 7.5 rebounds per game this season. As a team, Georgia is averaging 75.7 points per game on 44.9% shooting from the field, 30.7% from 3-point range and 68.5% from the foul line this season.

I’ve gone back and forth on this one, as the Tide have gone from a covering machine to losing three straight and failing to cover in four in a row while Georgia’s been struggling for a while now and the loss to Florida was a definite head-scratcher. With that said, you have two teams that are capable of logging 80+ points on any given night while also playing subpar defense on the year, so I’ll side with the over as I wouldn’t be surprised to see one side hit 90 here. 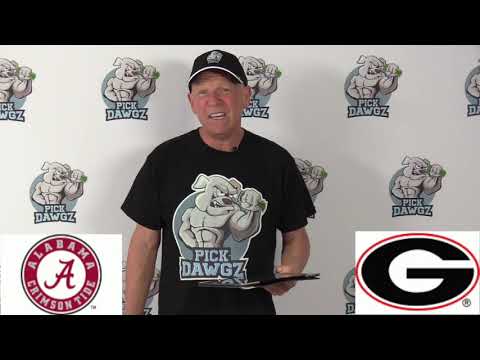