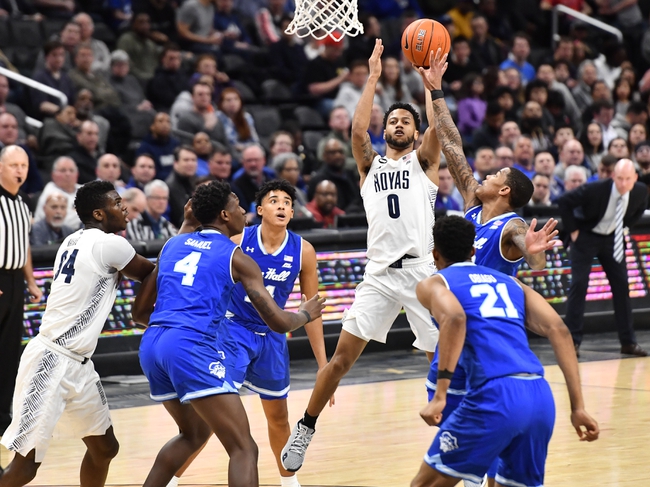 Where to Watch: Fox Sports Networks Stream College Basketball all season on ESPN+. Sign up now!

The DePaul Blue Demons and the Georgetown Hoyas meet in Big East conference college basketball action from the Capital One Arena on Saturday afternoon.

The DePaul Blue Demons need a win after losing five straight and nine of their last ten games following a 67-59 loss to Xavier last time out. Paul Reed led the Blue Demons with 18 points on 8 of 18 shooting with team-highs of 9 rebounds and 7 steals while Jalen Coleman-Lands came right behind with 17 points with 5 threes and Charlie Moore added 10 points with a team-high 8 assists to cap off the trio of double-digit scorers for DePaul in the losing effort. Romeo Weems added 8 rebounds as well in the loss for the Blue Demons. Moore leads the Blue Demons in scoring and assists with an average of 16 points and 6.7 assists per game while Reed leads DePaul in rebounding with 10.8 rebounds per game this season. As a team, DePaul is averaging 72.9 points per game on 44.5% shooting from the field, 31.9% from behind the arc and 65.2% from the foul line this season.

The Georgetown Hoyas will look to rebound from a 78-71 loss to Seton Hall last time out. Omer Yurtseven led the Hoyas with 19 points on 8 of 14 shooting with 15 rebounds for the double-double while Jahvon Blair came right behind with 16 points and Terrell Allen added 11 points with 4 assists to finish off the trio of double-digit scorers for the Hoyas in the losing effort. Jamorko Pickett and Jagan Mosely each had 9 points with Pickett adding 10 rebounds while Mosely dished out a team-high 6 assists. Mac McClung missed the game with a foot injury but he still leads Georgetown in scoring with an average of 16.4 points per game while Yurtseven leads the Hoyas in rebounding with 10.2 rebounds per game and Allen leads the Hoyas in assists with 4 helpers per game this season. As a team, Georgetown is averaging 76.8 points per game on 44.2% shooting from the field, 34.1% from behind the arc and 76.5% from the foul line this season.

I’m not trying to get behind either of these two teams right now, but the fact of the matter is that the Blue Demons are struggling and it hasn’t become uncommon for DePaul this time of year and that’s a problem. Georgetown hasn’t been playing great, but the Hoyas do their best work at home and are the easier team to trust in this spot so I’ll lay the points with Georgetown in this one. 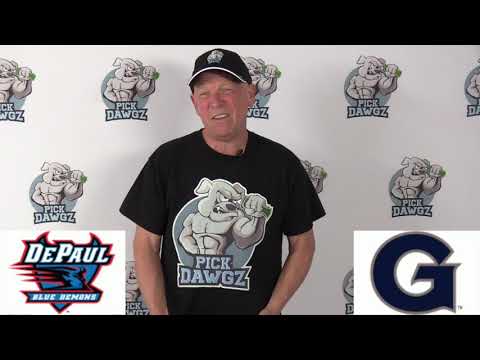