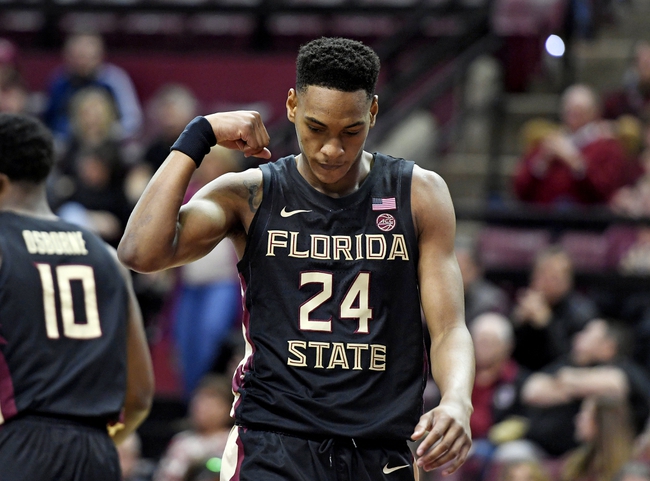 The Miami Hurricanes will travel to the Donald L. Tucker Center to take on the 8th ranked Florida State Seminoles this Saturday afternoon in College Basketball action.

The Miami Hurricanes have lost two games in a row and have dropped to 11-11 (3-9 ACC) on the season after losing to North Carolina State 83-72 this past Wednesday. Miami went into halftime trailing by a 44-32 margin, and although they made the game competitive in the 2nd half, NC State was able to pull away late for the double-digit victory.  Miami shot 40.0% from the field despite a poor 21.7% from the three-point stripe.  Leading the way for the Hurricanes was Harlond Beverly who had 20 points, 3 rebounds, 3 assists and a steal.

Defensively, the Miami Hurricanes are allowing their opponents to average 74.3 ppg on 45.5% shooting from the field.  The Hurricanes have a rebound margin of -4.7 and a turnover margin of 0.1.

The 8th ranked Florida State Seminoles have won two straight games and improved to 19-3 (9-2 ACC) after defeating the North Carolina Tarheels, 65-59, this past Monday.  Florida State defended their home court well, taking a 29-28 lead into the half.  Strong shooting built the Seminoles a 52-42 lead with 5:49 remaining in regulation.  Florida State shot 41.8% from the field and 26.7% from the three-point stripe.  Leading the way for the Seminoles was Patrick Williams off the bench with 14 points, 9 rebounds, 2 assists and a block.

Defensively, Florida State is holding their opponents to 64.1 ppg on 45.7% shooting from the field.  The Seminoles have a rebound margin of 0.3 and a turnover margin of 4.4.

Miami has lost 6 of their last 7 games and has really struggled defensively this season as the Hurricanes come into this game ranked just 295th in scoring offense & 300th in defensive FG%.

Florida State has won 12 of their last 13 games and the Seminoles have been solid on both ends of the court this season as they currently rank 94th in scoring offense, 56th in scoring defense, and 51st in defensive FG%.

Miami was able to give their in-state rival a run for their money on their home court earlier this season (83-79 OT loss), however, it’s hard to see the Hurricanes being competitive in this one as Miami has lost their last five conference road games by an average of 18.2 ppg. Florida State should have an advantage on both ends of the court in this one as the Seminoles are a perfect 11-0 at home this season, I’m taking Florida State to cover this large spread. 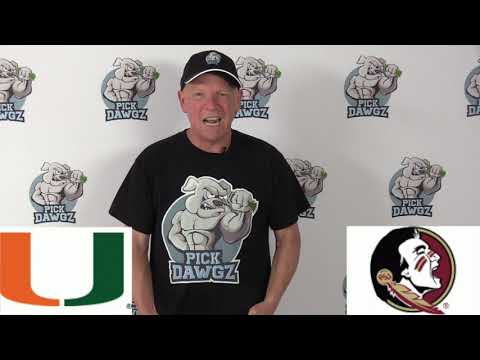