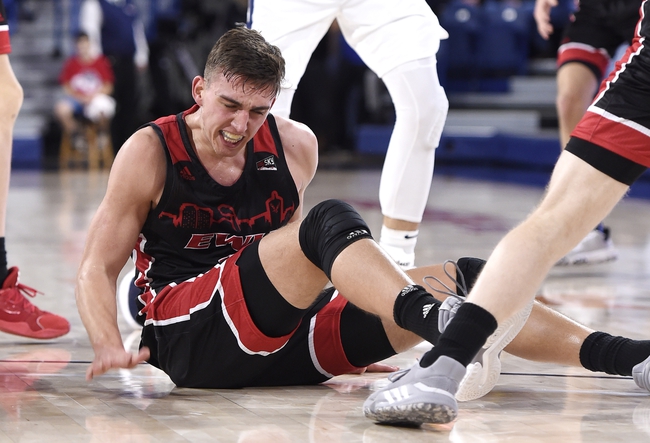 The Montana State Bobcats and the Eastern Washington Eagles meet in college basketball action from Reese Court on Saturday.

Montana State enters this game at 12-10 on the year. The Bobcats are 3-1 in their last four games, dropping to Montana while otherwise beating Weber State, Idaho State and Idaho in that time.

In the win over the Vandals, Montana State’s Borja Fernandez led the way on 18 points with eight rebounds and three assists. Amin Adamu added 16 points with seven rebounds there, and both Mychael Paulo and Jubilee Belo chipped in 10 points apiece.
Over on the Eastern Washington side, they’re 15-7 this year. The Eagles had a six-game winning streak heading into Thursday’s game against Montana, a matchup Eastern Washington lost 92-82.

Montana State has been pretty solid defensively over their last three wins, allowing 64 or fewer in each of those. Scoring-wise, the Bobcats have been pretty choppy though, with 64 or fewer scored in three of their last five games.

Eastern Washington’s offense has been a lot more reliable, as they’ve put up at least 71 in six of their last seven games. I can’t find a ton of reasons not to take the Eagles on the cover here.