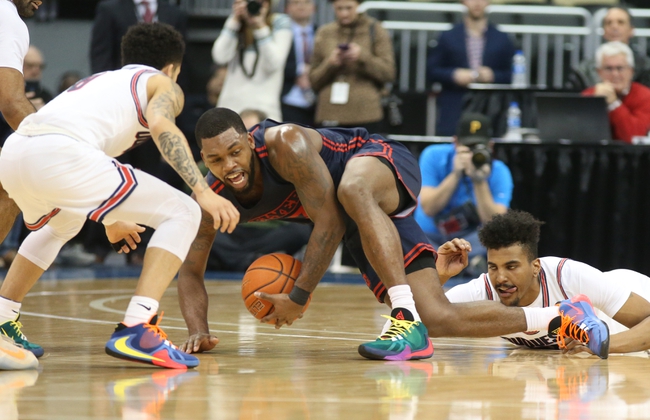 The St. Bonaventure Bonnies and the Duquesne Dukes meet in A-10 conference college basketball action from the UPMC Events Center on Saturday afternoon.

The St. Bonaventure Bonnies will look to add to their current three-game winning streak after a 72-47 win over George Washington last time out. Jaren English led the Bonnies with 21 points on 7 of 14 shooting with 6 rebounds while Osun Osunniyi added 16 points on 8 of 11 shooting with a team-high 7 rebounds. Dominick Welch and Justin Winston each had 11 points to finish off the group of double-digit scorers for the Bonnies in the winning effort with Winston shooting 5 of 8 with 4 rebounds and 3 assists and Welch adding 6 rebounds, 4 assists and 3 steals. Kyle Lofton had 5 points to match his team-high 5 assists but still leads St. Bonaventure in scoring and assists with an average of 13.7 points and 6.2 assists per game while Osunniyi leads the Bonnies in rebounding with 9.1 rebounds per game this season. As a team, St. Bonaventure is averaging 68.1 points per game on 43.2% shooting from the field, 33.5% from behind the arc and 73.8% from the foul line this season.

The Duquesne Dukes will look to build on back-to-back wins after an 82-68 win over Saint Louis last time out. Marcus Weathers led the Dukes with 26 points on 7 of 14 shooting with an 11 of 13 mark from the foul line and 8 rebounds while Sincere Carry added 14 points including 4 threes and a team-high 8 assists. Michael Hughes added 11 points with a team-high 9 rebounds, 4 assists, 5 steals and 3 blocks and Baylee Steele added 10 points with 7 rebounds to finish off the scoring in double figures for Duquesne in the winning effort. Weathers leads Duquesne in scoring and rebounding with an average of 15 points and 7.9 rebounds per game while Carry leads the Dukes in assists with 4.7 assists per game this season. As a team, Duquesne is averaging 71.2 points per game on 44.6% shooting from the field, 32.1% from behind the arc and 73.5% from the foul line this season.

Both of these teams come in on some nice little runs, and while the Bonnies have the bigger run, I’ve been more impressed with what Duquesne has done lately, with a big road win over Saint Louis and taking Dayton down to the wire, while the Bonnies beat up on George Washington, George Mason and Fordham. The Dukes have also been strong at home, allowing just 59.2 points per game and outscoring their opponents by 12.9 points per game at home, so I’ll lay the points with the Dukes in this one.