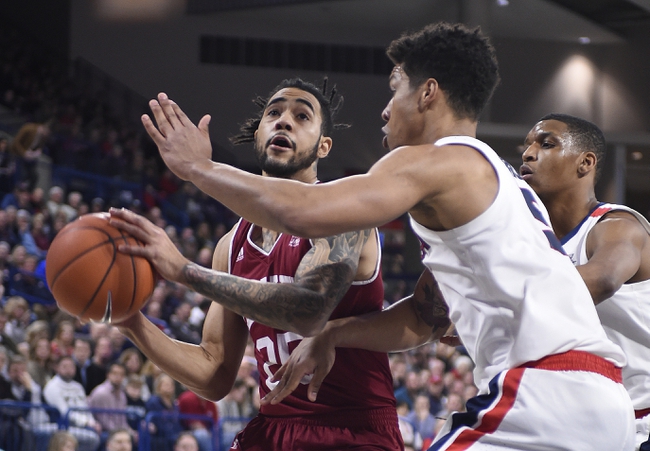 Where to Watch: denverpioneers.com/showcase Stream College Basketball all season on ESPN+. Sign up now!

The IPFW Mastodons and the Denver Pioneers meet in Summit League college basketball action from Magness Arena on Saturday.

The IPFW Mastodons will look to find some consistency after alternating wins and losses in each of their last four games following a 75-69 win over Western Illinois last time out. Jarred Godfrey led the Mastodons with 20 points on 7 of 17 shooting while Deonte Billups adde 16 points with 4 assists and Marcus DeBerry added 14 points with 3 assists as well. Matt Holba added 12 points coming on 4 threes to finish off the scoring in double figures for IPFW in the winning effort while Cameron Benford added 4 points with 6 rebounds. Godfrey leads IPFW in scoring and assists with an average of 15.9 points and 3.4 assists per game while Dylan Carl leads the Mastodons in rebounding with 4.8 rebounds per game this season. As a team, IPFW is averaging 69.6 points per game on 43.6% shooting from the field, 33.6% from behind the arc and 67.6% from the foul line this season.

The Denver Pioneers will be out to snap a four-game losing streak after an 86-77 loss to Oral Roberts last time out. Jase Townsend led the Pioneers with 30 points on 11 of 22 shooting with 3 steals while Ade Murkey added 24 points with a team-high 7 rebounds and 3 assists as the only other Denver player to score in double figures in the losing effort. Townsend leads Denver in scoring with an average of 18 points per game while Murkey leads the Pioneers in rebounding with 5.7 rebounds per game and Roscoe Eastmond leads Denver in assists with 2.8 assists per game this season. As a team, Denver is averaging 68.5 points per game on 44.4% shooting from the field, 33% from behind the arc and 68.9% from the foul line this season.

I’m going to go out on a limb here and say that there are better options on the card for betting on Saturday. However, the Mastodons have been brutal on the road this season and are being outscored by 11.3 points per game away from home this season and while Denver has been on this nasty losing stretch the pioneers are only being outscored by 0.2 points per game at home this season. Like I said, this isn’t a prime opportunity to bet on Saturday but a force to pick, I would side with Denver at home here.