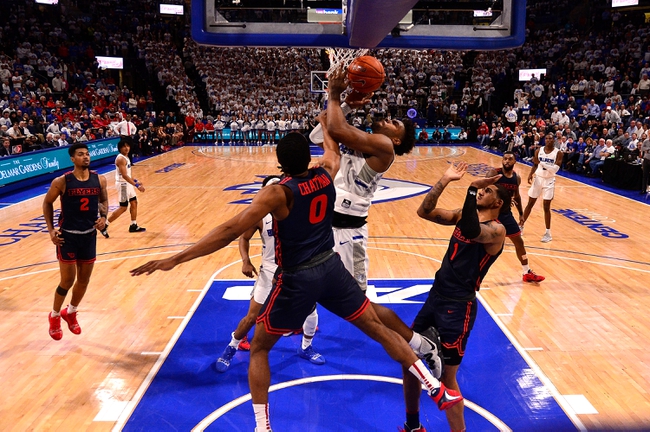 The Saint Louis Billikens and the Dayton Flyers meet in A-10 conference college basketball action from the UD Arena on Saturday afternoon.

The Saint Louis Billikens will look to rebound from an 82-68 loss to Duquesne at home last time out. Jordan Goodwin led the Billikens with 20 points on 9 of 20 shooting with a pair of steals while Javonte Perkins added 16 points. Hasahn French and Tay Weaver each had 12 points to round out the group of double-digit scorers for Saint Louis in the losing effort with French adding 12 rebounds, 4 assists, 2 steals and 3 blocks for the double-double while Weaver hit 4 threes and added 3 assists. Yuri Collins added 4 points with a team-high 5 assists as well in the winning effort for the Billikens. Goodwin leads Saint Louis in scoring with an average of 15 points per game while French leads the Billikens in rebounding with 11 rebounds per game and Collins leads Saint Louis in assists with 5.4 assists per game this season. As a team, Saint Louis is averaging 71.4 points per game on 43.5% shooting from the field, 32.9% from behind the arc and 58.3% from the foul line this season.

The Dayton Flyers will look to build on their current 11-game winning streak after a 70-56 win over Fordham last time out. Obi Toppin and Trey Landers tied for the team-high with 18 points with Toppin shooting 7 of 10 with a pair of threes and 6 rebounds while Landers shot 6 of 8 with a team-high 8 rebounds and a pair of steals. Rodney Chatman added 10 points and 4 assists to round out the trio of double-digit scorers for Dayton while Jalen Crutcher dished out a team-high 6 assists. Toppin leads Dayton in scoring and rebounding with an average of 19.7 points and 8 rebounds per game while Crutcher leads the Flyers in assists with 5.3 assists per game this season. As a team, Dayton is averaging the 4th-most points per game in the nation with 82.1 points per game on the best field goal percentage in D-I, shooting 52.5% from the field. The Flyers are also shooting 37.4% from 3-point range and 72.4% from the foul line this season.

Dayton is a hard team to figure out in my opinion, just in terms of covering the number. The Flyers keep racking up the win left and right, but you start to wonder if the lines are getting to be too inflated like we saw against Fordham. Saint Louis didn’t look great against Duquesne, and maybe home court helped in the first meeting between the two that went to overtime, but I can’t help but feel like too many points are being left on the table with the Billikens here. Saint Louis just knows the formula to frustrate Dayton and I just think that Saint Louis is more than capable of keeping this one within single digits, so I'll take a shot with Saint Louis and the points here.