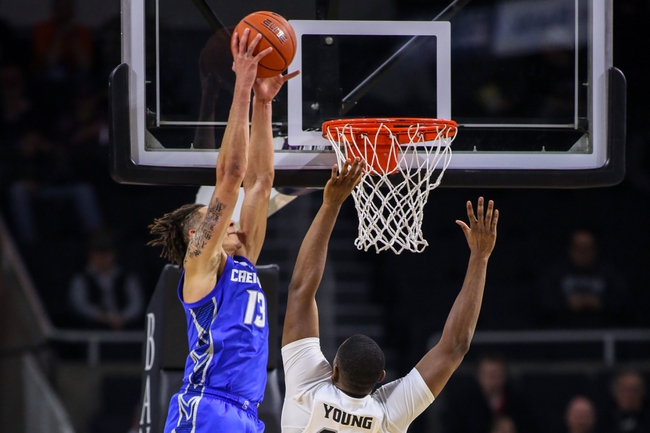 The St. John’s Red Storm could use a win after losing eight of their last 10 games following a 73-72 loss to Georgetown last time out. Rasheem Dunn and Mustapha Heron tied for the team-high with 16 points with Heron drilling 4 threes while Dunn shot 5 of 13 with a 6 of 6 mark from the foul line. Julian Champagnie added 14 points with 10 rebounds and 3 steals for the double-double to round out the trio of double-digit scorers for St. John’s in the losing effort. LJ Figueroa added 9 points with 6 rebounds, 4 assists and 3 steals while Nick Rutherford dished out a team-high 6 assists in 13 minutes off of the bench. Figueroa leads the Red Storm in scoring with an average of 14.8 points per game while Champagnie leads the Red Storm in rebounding with 6.2 rebounds per game and Dunn leads St. John’s in assists with 3.2 assists per game this season. As a team, St. John’s is averaging 74.7 points per game on 41% shooting from the field, 30.1% from behind the arc and 70.8% from the foul line this season. 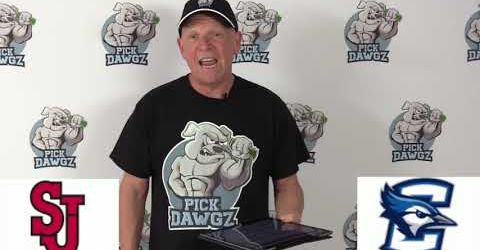 The Creighton Bluejays will look to rebound from a 73-56 loss to Providence last time out. Ty-Shon Alexander led the Bluejays with 15 points with 3 threes while Damien Jefferson and Christien Bishop each had 13 points with Bishop adding 3 assists and shooting 6 of 8 while Jefferson shot 6 of 10 with 5 rebounds. Mitch Ballock added 12 points to round out the group of double-digit scorers for Creighton in the losing effort while Marcus Zegarowski added 3 points with a team-high 7 assists as the starters accounted for all 56 Creighton points in the loss. Alexander leads Creighton in scoring and rebounding with an average of 16.4 points and 5.7 rebounds per game while Zegarowski leads the Bluejays in assists with 5.1 assists per game this season. As a team, Creighton is averaging 76.6 points per game on 48% shooting from the field, 36.8% from behind the arc and 73.1% from the foul line this season.

Part of me wants to think that the Red Storm will actually show up and compete here, but the problem is that St. John’s has not been good on the road while Creighton does some solid work at home, putting up 81.6 points per game and outscoring teams by 15.2 points per game this season. I just think that this is a game that Creighton will use to take out some frustration after being humbled by Providence, and as such, I’ll lay the points as I see this being a 10-11 point Creighton win at the very least.