The LSU Tigers and the Auburn Tigers meet in college basketball action from Auburn Arena on Saturday.

LSU enters this game at 17-5 so far. After a nice 10-game winning streak dating back to December 29, the Tigers fell in their last game 99-90 to Vanderbilt on Wednesday. 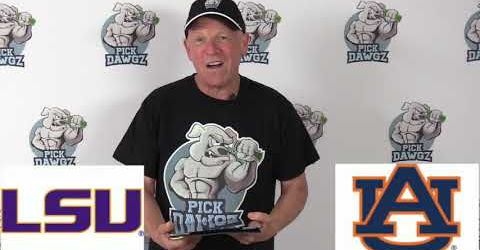 In the loss to the Commodores, LSU’s Trendon Watford led the way on 26 points with nine rebounds. Emmitt Williams doubled up with 24 points and 11 rebounds there, and both Javonte Smart and Skylar Mays had 15 points apiece.

Over on the Auburn side, they’re 20-2 this year. The Tigers are on a five-game winning streak right now, taking out South Carolina, Iowa State, Mississippi, Kentucky and Arkansas in that time.

In the win over the Razorbacks, Auburn’s Samir Doughty led the team with 23 points, three rebounds and two assists. J’Von McCormick added 16 points with six boards there, and Anfernee McLemore had 11 points with 10 rebounds.

Auburn is 3-10 ATS in their last 13 at home versus a team with a winning road record and the under is 6-2-1 in their last nine home games. The over is 3-1-1 in Auburn’s last five overall and 5-1 in their last six after an ATS win.

LSU let Vanderbilt get off to the races quickly in their loss, as the Tigers were outscored 52-47 in the first half. The Commodores almost hit the century mark in scoring, with another 47 in the second half. LSU is no stranger to allowing big points totals; that one was just a little much and the Tigers couldn’t set the pace.

Auburn will probably give some additional trouble here, as they’ve scored at least 75 in each of their last five games. This is going to be another high-scoring affair and a blast to watch. I’m going to go with Auburn to eke out a cover with the home push, though.