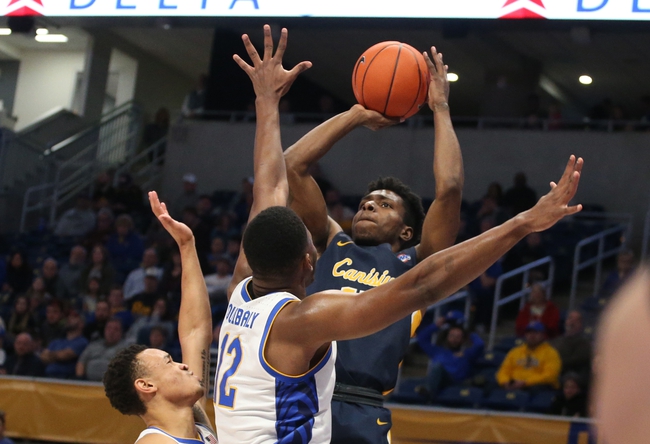 The Canisius Golden Griffins and the Rider Broncs meet in college basketball MAAC-tion from the Rider Alumni Gymnasium on Friday night.

The Canisius Golden Griffins will look to build on a 66-65 win over Marist last time out. Jordan Henderson led the way with 17 points on 7 of 13 shooting with a pair of threes and 4 assists while Majesty Brandon came right behind with 16 points. Scott Hitchon added 13 points and Corey Brown added 10 points with a team-high 8 rebounds to round out the group of double=digit scorers for Canisius in the winning effort. Malik Johnson also added 8 points with a team-high 7 assists as well in the victory for the Golden Griffins. Johnson leads Canisius with an average of 13.1 points, 6.1 rebounds and 6.3 assists per game this season. As a team, Canisius is averaging 69.7 points per game on 44.7% shooting from the field, 30.9% from behind the arc and 69% from the foul line this season. 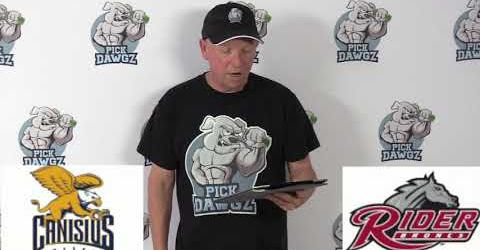 The Rider Broncs will look to rebound from a 90-84 loss to Monmouth last time out. Dimencio Vaughn led the Broncs with 28 points on 10 of 11 shooting with 3 threes, 6 rebounds and 4 steals with 3 assists. Frederick Scott added 14 points while Kimar Williams added 11 points on 5 of 8 shooting and Stevie Jordan chipped in 10 points with a team-high 5 assists to finish off the scoring in double figures in the losing effort. Tyere Marshall added 8 points with a team-high 8 rebounds as well in the defeat for the Broncs. Vaughn leads Rider in scoring with an average of 14.3 points per game while Marshall leads Rider in rebounding with 7.8 rebounds per game and Jordan leads Rider in assists with 4.2 assists per game this season. As a team, Rider is averaging 73.2 points per game on 43.4% shooting from the field, 32.9% from behind the arc and 67.7% from the foul line this season.

The points with Canisius are tempting as I really haven’t like how Rider has been playing lately. However, the Broncs are a slightly better team and playing at home gives the Broncs an edge as Rider is outscoring opposing teams by 10 points per game at home this season. Canisius is just starting to fade after being profitable for us over a couple of games not too long ago, but I think it’s time to hop off of the Golden Griffins, for now at least. I’ll lay the points with Rider here.