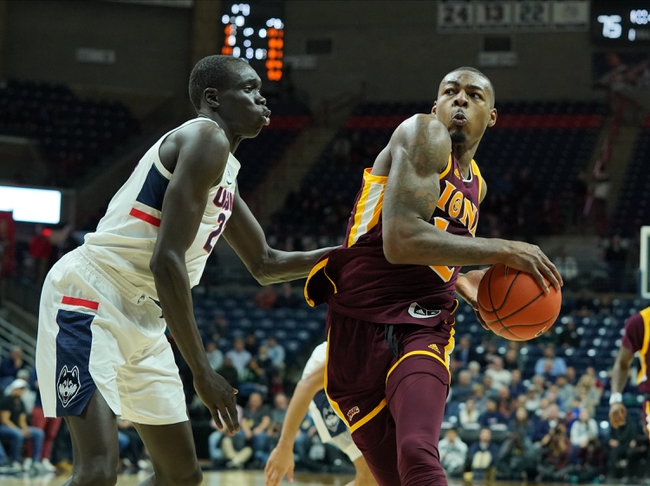 The Iona Gaels and the Quinnipiac Bobcats meet in college basketball MAAC-tion from the People’s United Center on Friday night.

The Iona Gaels will look to snap a three-game losing streak after a 73-49 loss to Manhattan last time out. E.J. Crawford led the Gaels with 17 points with 4 rebounds and 3 assists while Tajuan Agee and Isaiah Ross each had 13 points to cap off the trio of double-digit scorers for Iona in the losing effort with Agee shooting 4 of 8 with 10 rebounds for the double-double while Ross shot 4 of 7 with 3 threes. Crawford leads Iona in scoring with an average of 17.3 points per game while Agee leads the Gaels in rebounding with 7.4 rebounds per game and Isaiah Washington leads Iona in assists with 3.2 assists per game this season. As a team, Iona is averaging 67.8 points per game on 41.9% shooting from the field, 32.2% from behind the arc and 73.8% from the foul line this season.

The Quinnipiac Bobcats will look to find some consistency after alternating wins and losses in each of their last 5 games following a 75-59 loss to Niagara last time out. Rich Kelly led the Bobcats with 15 points including 3 threes and a team-high 6 assists while Kevin Marfo and Jacob Rigoni each had 11 points to finish off the trio of double-digit scorers for Quinnipiac in the losing effort with Marfo shooting 5 of 6 with 15 rebounds for the double-double while Rigoni shot 4 of 6 with 3 threes. Brendan McGuire added 5 assists as well in the defeat. Kelly leads Quinnipiac in scoring and assists with an average of 17.1 points and 4.6 assists per game while Marfo leads the Bobcats in rebounding with 13.6 rebounds per game this season. As a team, Quinnipiac is averaging 70.9 points per game on 42.3% shooting from the field, 36.6% from behind the arc and 77.8% from the foul line this season.

Quinnipiac has had consistency issues lately, and the Bobcats burned me against Niagara, but one thing that Iona has done consistently lately is lose games and lose them convincingly. Iona just got obliterated by a Manhattan team that hasn’t been much to write home about this season and side by side, I just think that Quinnipiac is a much better team. I can see Quinnipiac running away with this game by double-digits, so I’ll lay the points with the Bobcats in this one. 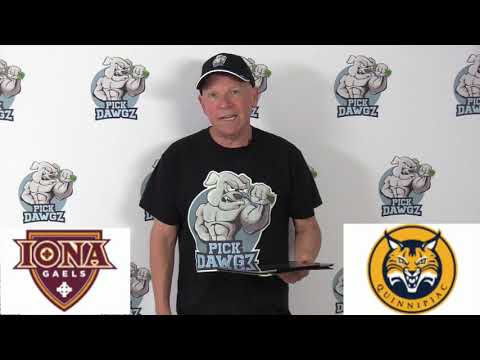