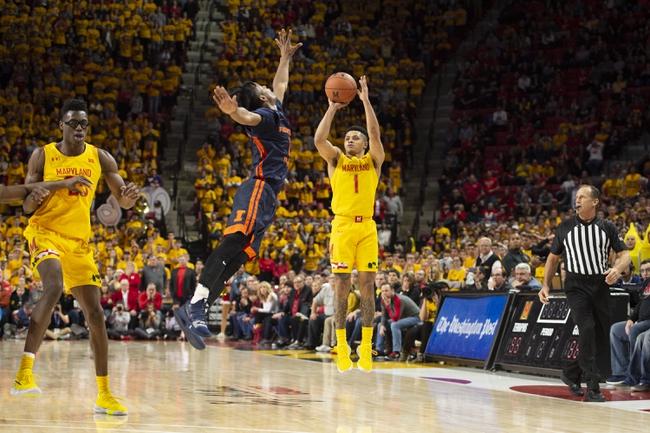 The Maryland Terrapins will look to add to their current five-game winning streak after a 56-51 win over Rutgers last time out. Anthony Cowan led the Terps with 17 points including 3 threes and 3 assists while Jalen Smith and Darryl Morsell each had 14 points to finidh off the trio of double-digit scorers for Maryland in the win with Smith adding 3 threes, 15 rebounds and 6 blocks for the double-double while Morsell had 6 rebounds. Eric Ayala added 4 assists as well in the winning effort. Cowan Jr. leads Maryland in scoring and assists with an average of 16.3 points and 4.3 assists per game while Smith leads the Terrapins in rebounding with 10 rebounds per game this season. As a team, Maryland is averaging 71.6 points per game on 41.3% shooting from the field, 31.6% from behind the 3-point line and 73.8% from the foul line this season. 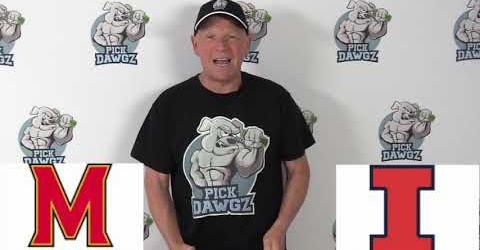 The Illinois Fighting Illini will look to rebound after a 72-65 loss to Iowa last time out. Andres Feliz led the Illini with 17 points on 6 of 11 shooting with a pair of threes while Trent Frazier added 13 points with 3 threes and 3 steals and Ayo Dosunmu added 11 points with a team-high 3 assists to cap off the trio of double-digit scorers for Illinois in the losing effort. Kofi Cockburn and Giorgi Bezhanishvili each had a team-high 6 rebounds. Dosunmu leads the Illini in scoring and assists with an average of 15.8 points and 3.4 assists per game while Cockburn leads the Illini in rebounding with 9.2 rebounds per game this season. As a team, Illinois is averaging 74.2 points per game on 45.6% from the field, 31.2% from behind the arc and 74% from the foul line this season.

I get why the point would be tempting with a Maryland team that’s won 5 in a row, and maybe it would take Illinois a bit of time to rebound after a frustrating loss to Iowa that snapped the Illini’s lengthy winning streak. However, we’ve said it all along during conference play in the Big Ten that home dominance has been the theme and I don’t see any reason to jump off of that here. The Illini had been playing really, really well up to this point and even looked good for parts in the loss to Iowa. I just think that this game means a whole lot more to Illinois than it does to Maryland, so I’ll lay the points with the Illini at home here.