The Princeton Tigers and the Cornell Big Red meet in college basketball action from Newman Arena on Saturday.

This game was originally scheduled for Friday evening, but was pushed back due to weather.

Princeton comes in here at 9-8 so far. the Tigers are riding a six-game win streak right now, taking out Lehigh, Penn (twice), Rutgers-Camden, Dartmouth and Harvard during that time.

In the win over the Crimson, Princeton’s lead scorer was Ethan Wright with 15 points, four rebounds and one assist. Both Ryan Schwieger and Jerome Desrosiers scored 11 points apiece with a combined five rebounds and four assists.

Over on the Cornell side, they’re 4-13 this year. The Big Red are 1-3 in their last four games, beating Columbia while otherwise dropping to Columbia, Brown and Yale in that stretch.

Princeton put up a nice effort against a pretty good Harvard team in their last outing, withstanding a second-half push by the Crimson. That’s been the closest result so far in the Tigers’ win streak, and they’ve been pretty well in control for most of that time.

As for Cornell, they’ve been pretty choppy lately, posting 63 or fewer points in three of their last four games. This should be a pretty interesting matchup, but I still like Princeton to keep it going and bang out a cover. 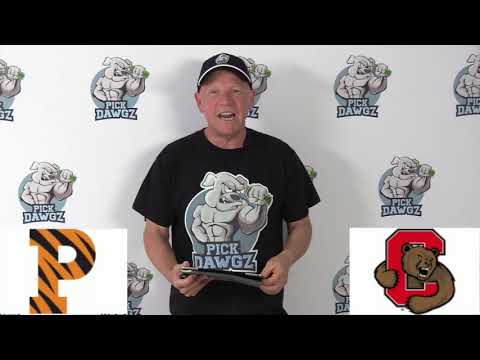