The Penn Quakers and the Columbia Lions meet in college basketball action from Levien Gym on Saturday.

This game was originally scheduled for Friday evening, but was pushed back due to weather issues with the Cornell game.

Penn comes in here at 10-7 so far. Since losing three straight to Princeton (twice) and Saint Joseph’s, the Quakers have won their last three versus Temple, Harvard and Dartmouth.

In the win over the Green, Penn’s Devon Goodman led the team on 16 points with five rebounds and two assists. Jordan Dingle posted 13 points and four rebounds there, and AJ Brodeur had 10 rebounds with nine points and five assists.

Over on the Columbia side, they’re 6-14 so far. Columbia had consecutive wins over Mt. Saint Vincent and Cornell but have since lost to Cornell, Yale and Brown in their last three outings.

In the loss to the Bears, Columbia’s Mike Smith led the way with 20 points, nine assists and three rebounds. Ike Nweke added 14 points with six rebounds there as the only other Lion in double-figures.

Penn showed some flexibility with their last two wins: a 54-46 defensive battle versus Dartmouth and a comparatively high-scoring 75-72 affair versus Harvard. The Quakers have a pretty good offense this year when they’re on.

As for Columbia, they’ve been at 66 or fewer points in each of their last three games, which follows a pretty good three-game offensive effort. The Lions should be better here, but I’m still going with Penn on the cover. 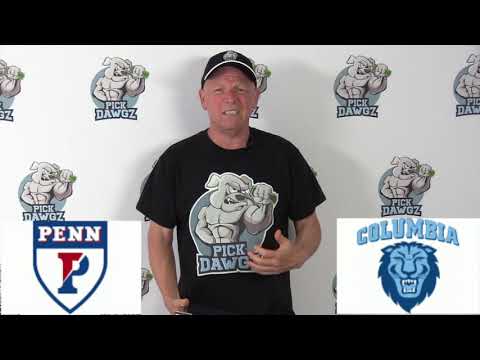