The Central Michigan Chippewas and the Buffalo Bulls meet in college basketball MAC-tion from the UB Alumni Arena on Friday night.

The Buffalo Bulls will look to rebound from back-to-back losses after a 66-62 loss to Eastern Michigan last time out. Josh Mballa led the Bulls with 16 points on 5 of 8 shooting with a 6 of 7 mark from the foul line with 11 rebounds, a pair of steals and a pair of blocks while Gabe Grant added 10 points to round out the group of double-digit scorers for Buffalo in the losing effort. Ronaldo Segu added a team-high 4 assists while Jayvon Graves added 8 points with 10 rebounds but still leads Buffalo in scoring with an average of 16.4 points per game while Mballa leads the Bulls in rebounding with 9.5 rebounds per game and Davonta Jordan leads the Bulls in assists with 5 assists per game this season. As a team, Buffalo is averaging 78.6 points per game on 43.7% shooting from the field, 32.4% from behind the arc and 65.9% from the foul line this season.

I get the Bulls being favored at home, but the problem I have is that Central Michigan is more than capable of keeping pace with Buffalo’s high-octane offense here. Central Michigan is putting up 77.8 points per game across their last five games and looked good doing it, including posting 92 points against a Bowling Green team that was establishing themselves as one of the top teams in the MAC. I wouldn’t be surprised if Buffalo wins here, but I think Cetral Michigan will be up to the task so I’ll take a shot with the Chippewas and the points here. 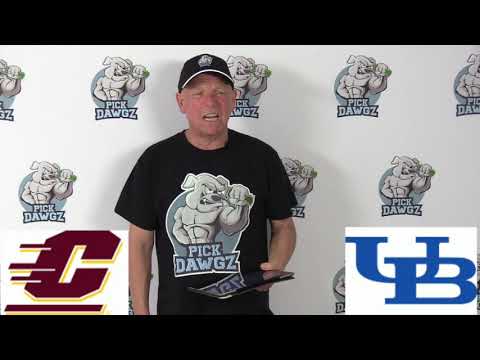