Where to Watch: BIG WEST TV Stream College Basketball all season on ESPN+. Sign up now!

Hawaii enters this game at 14-6 so far. The Warriors are on a four-game winning streak right now, taking out Cal Poly, UCSB, UC Davis and CSUN in succession during that time.

In the win over the Matadors, Hawaii’s top scorer was Eddie Stansberry with 22 points and three rebounds. Zigmars Raimo added 20 points, four rebounds and four assists there, and Justin Webster had 17 points.

Over on the UCSB side, they’re 14-8 this year. The Gauchos are 2-4 in their last six, falling to LBSU, Hawaii and CSUN twice while beating UC Riverside and Long Beach State otherwise.

In the win over the 49ers, UC Santa Barbara’s Matt Freeman was tops with 24 points, and Amadou Sow had 15 points with 14 rebounds. Max Heidegger just missed a triple-double there with 14 points, 11 assists and nine rebounds.

The last time these teams met was a 70-63 home win for Hawaii. The Gauchos had a two-point lead going into halftime there but were outscored 37-28 to finish things off. Since then, the Warriors have scored 156 points in their last two games combined.

As for UCSB, they put up a nice 87 points versus LBSU but have been pretty underwhelming for the most part over their last six games. Still, this should be a fun matchup. I’m going with Hawaii to stay hot and eke one out. 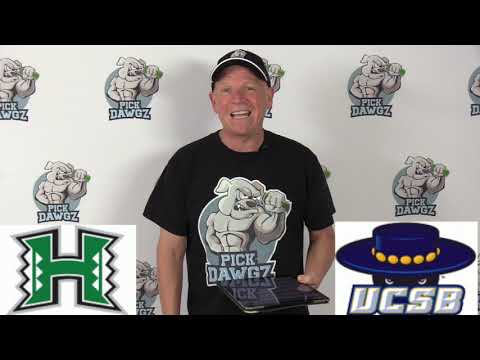