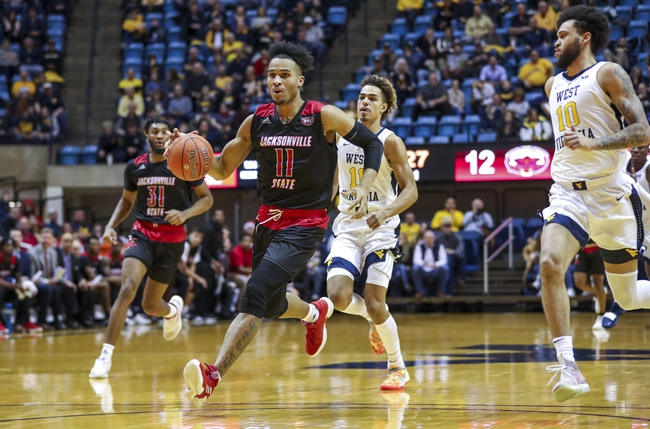 The Jacksonville State Gamecocks and the Southeast Missouri State RedHawks meet in college basketball action from Show Me Center on Thursday.

Jacksonville State comes in here at 9-14 so far. The Gamecocks are 1-3 in their last four games, beating Morehead State and falling to Eastern KY, Tennessee State and Belmont otherwise.

Over on the Southeast Missouri State side, they’re 4-19 so far. The RedHawks are on a 10-game losing streak right now, falling to Murray State, SIUE, Eastern IL, Morehead State and Eastern KY in that time.

In the loss to the Colonels, SEMO’s Sage Tolbert topped the team with 19 points and 17 rebounds. Jordan Love had 12 points in that one, and Nygal Russell posted 10 points with four rebounds and four assists.

Meanwhile, the Gamecocks are 4-0 ATS in the last four road games and 5-1 ATS in their last six versus a team with a losing straight-up record. The over is 6-1 in Jacksonville State’s last seven Thursday games and the under is 4-1 in their last five overall.

Jacksonville State hasn’t been close in either of their last two games, and they’ve scored a combined 126 points while allowing a combined 150 in that time. The Gamecocks can score well here and there, but it’s been choppy lately.

SEMO is all over the place with their scoring as well; they put up 91 versus Murray State but just 57 versus Eastern Kentucky. There’s not a lot to like about this matchup, but I’m going to stick with at-home SEMO on the cover as the lesser evil.

Get Premium Picks Start Winning Now »
The pick in this article is the opinion of the writer, not a PickDawgz site consensus.
Previous Pick
Colorado vs. California - 2/6/20 College Basketball Pick, Odds, and Prediction
Next Pick
Southern Illinois-Edwardsville vs. Morehead State - 2/6/20 College Basketball Pick, Odds, and Prediction