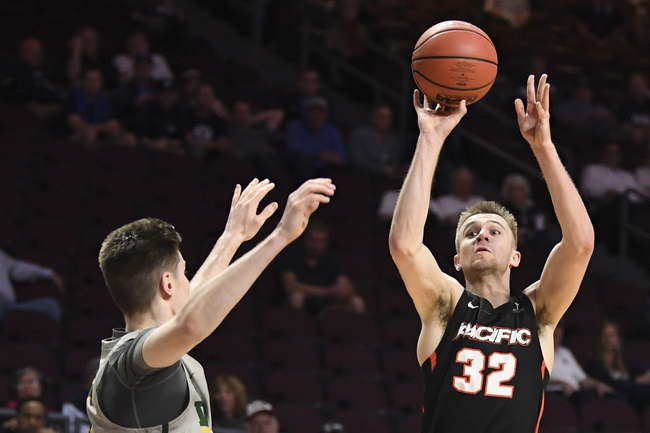 Where to Watch: WCC.tv Stream College Basketball all season on ESPN+. Sign up now!

The Pacific Tigers and the San Francisco Dons meet in WCC college basketball action from the War Memorial Gymnasium on Thursday night.

The Pacific Tigers will look to build on back-to-back wins after a 66-58 win over San Diego last time out. Jahbril Price-Noel led the Tigers with 16 points on 8 of10 shooting while Broc Finstuen added 11 points as the only other double-digit scorer for Pacific in the winning effort. Amari McCray added a team-high 11 rebounds as well in the victory for the Tigers. Jahlil Tripp had 9 points with 6 rebounds but still leads Pacific in scoring and rebounding with an average of 15.1 points and 8.1 rebounds per game while Pierre Crockrell II leads the Tigers in assists with 3.6 assists per game this season. As a team, Pacific is averaging 70 points per game on 45.1% shooting from the field, 34.2% from behind the arc and 66.3% from the foul line this season.

The San Francisco Dons will look to rebound after a heartbreaking 83-79 loss to Gonzaga last time out. Jordan Ratinho led the Dons with 14 points on 6 of 13 shooting with a pair of threes while Charles Minlend and Khalil Shabazz each had 12 points with Minlend grabbing 5 rebounds while Shabazz had 3 steals. Jamaree Bouyea and Remu Raitanen each had 11 points to round out the group of double-digit scorers for the Dons in the losing effort while Taavi Jurkatamm added 4 points and a team-high 7 rebounds. Minlend leads San Francisco in scoring with an average of 14.8 points per game while Bouye leads the Dons in assists with 3.6 assists per game and Jimbo Lull leads San Francisco in rebounding with 6.8 rebounds per game this season. As a team, San Francisco is averaging 77.3 points per game on 45.2% shooting from the field, 35.1% from behind the arc and 72.7% from the foul line this season.

San Francisco being favored at home makes sense as the Dons play their best on home soil, outscoring their opposition by 9.9 points per game this season. However, Pacific being in 4th in the WCC this late in the season is no fluke, as the Tigers are legit and are playing some solid basketball right now. The Dons already beat Pacific in the Tigers’ own building this season, and while I’m not sure the Tigers return the favor here, I think that Pacific keeps this one reasonably close, so I’ll take a shot with Pacific and the points in this one. 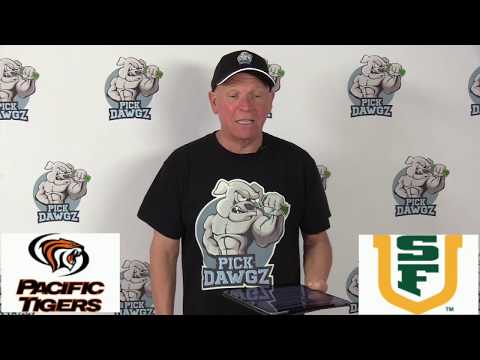