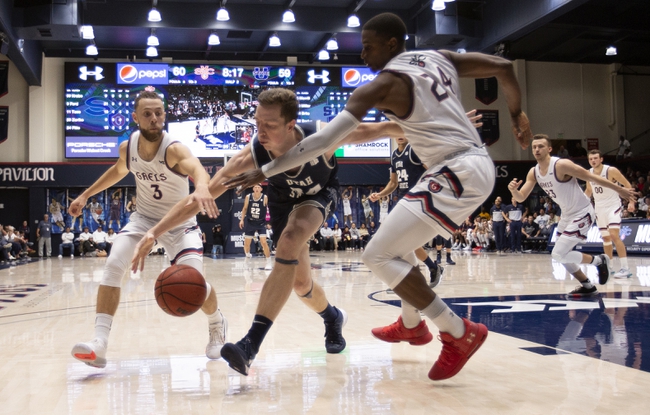 The Saint Mary’s Gaels and the San Diego Toreros meet in college basketball action from Jenny Craig Pavilion on Thursday.

Saint Mary’s enters this game at 19-5 so far. After a four-game win streak over Pepperdine, San Francisco, LMU and Portland the Gaels fell in their last outing 81-79 to BYU.

In the loss to the Cougars, Saint Mary’s Malik Fitts led the charge on 29 points with eight rebounds. Jordan Ford had 18 points with four assists and three boards there, and Alex Ducas had 11 points and five rebounds.

Over on the San Diego side, they’re 8-16 this year. The Toreros are on a three-game losing streak, falling to Santa Clara, San Francisco and Pacific during that trio of outings.

In the loss to the Tigers, San Diego’s Braun Hartfield put up 27 points with seven rebounds. The only other Toreros player in double-digits there was Finn Sullivan with 11 points, two rebounds and one assist.

Saint Mary’s offense has been pretty solid over their last three games, and they’ve put up at least 73 points in each. The Gaels let BYU get away from them a bit in their last outing, but had a couple of things gone differently late St. Mary’s would be sitting on a five-game win streak.

In any case, San Diego hasn’t reached more than 58 points in any of their last three games, and the offense is stalling out again. I’m going to go with Saint Mary’s to rebound here and cover.