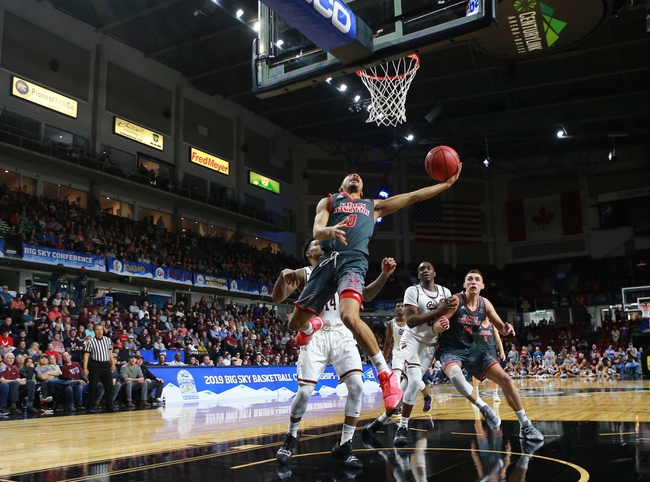 Where to watch: Pluto.tv Stream College Basketball all season on ESPN+. Sign up now!

The Eastern Washington Eagles and the Montana Grizzlies meet in Big Sky college basketball action from the Dahlberg Arena on Thursday night.

The Montana Grizzlies will look to build on a 78-63 win over Montana State in their last outing. Sayeed Pridgett led the Grizzlies with 24 points on 8 of 17 shooting with a team-high 5 assists while Kyle Owens added 14 points and Kendal Manuel chipped in 12 points with 4 threes. Timmy Falls added 10 points with 4 assists and a pair of steals to finish off the scoring in double figures for Montana in the victory. Derrick Carter-Hollinger added 7 points with 9 rebounds and 5 assists as well in the winning effort. Pridgett leads Montana with an average of 19.1 points, 7.2 rebounds and 3.6 assists per game this season. As a team, Montana is averaging 69.7 points per game on 45.6% shooting from the field, 34.9% from behind the arc and 71.8% from the foul line this season.

I get why Montana would be favored at home where the Grizzlies are 9-1 SU this season, but the Grizz have also taken a step back from the form of the team that vaulted to the top of the conference standings earlier in the year. Eastern Washington appears to be turning it on at just the right time, and even on the road, getting a free bucket with a team on a six-game heater sounds like a solid play to me, so I’ll take a shot with the Eagles and the points in this one.