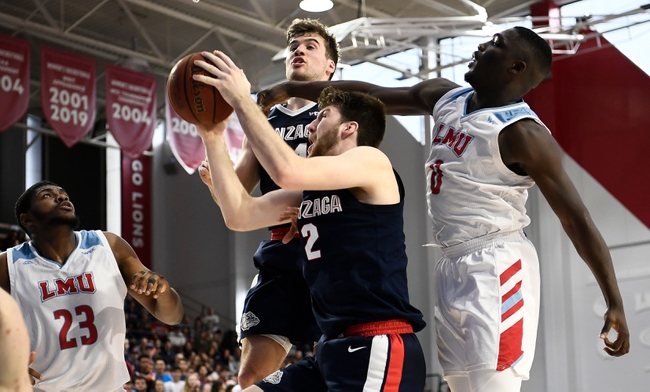 The Loyola Marymount Lions aren't winning games and already lost at home by 25 points to Gonzaga about a month ago. The Gonzaga Bulldogs are 5-3 ATS when a favorite of at least five points and 8-5 ATS at home. The Gonzaga Bulldogs are also winning at home by an average of 28.1 points while shooting 52.8 percent from the field. This is a massive number to swallow, but it's got to be Gonzaga or pass. I can't expect the Loyola Marymount Lions to put together an honest effort.