The UCF Knights and the East Carolina Pirates meet in college basketball action from Minges Coliseum on Thursday.

UCF enters this game with a 11-10 record overall. The Knights have lost their last three straight games, dropping to Memphis, Wichita State and South Florida during that time.

In the loss to the Bulls, UCF’s Collin Smith was the only player on the team in double-figures, posting 12 points and five rebounds. Dazon Ingram led the Knights rebounders with seven alongside five points.

Over on the East Carolina side, they’re 9-13 this year. The Pirates are 1-5 in their last six games, beating Tulane while falling to Tulsa, Cincinnati, SMU, Houston and Temple otherwise.

In the loss to the Owls, East Carolina’s top scorer was Tremont Robinson-White, with 21 points, four rebounds and four assists. Tristen Newton added 13 points and six rebounds, and Jayden Gardner had 11 points and seven boards there.

In three of their last five games, the Knights have scored 57 points or fewer, so spotty offense is still an issue for them. When UCF is on, they can put up some pretty solid offensive totals but lately it’s been sporadic.

East Carolina is in something of the same boat, as they’ve hit 64 or fewer in five of their last six outings. I’m not really thrilled with either team right now, but the Pirates seem like a slightly safer play. Probably staying away, though. 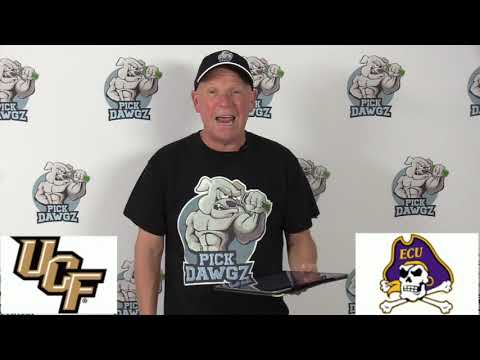