The Texas State Bobcats and the Coastal Carolina Chanticleers meet in college basketball action from HTC Center on Thursday.

The Bobcats enter this one at 14-9 so far. Since their last loss to TX-Arlington back on January 25, Texas State has managed consecutive wins over LA-Monroe and Louisiana.

In the win over the Cajuns, Texas State’s Nijal Pearson led the team on 17 points with seven rebounds and three assists. Alonzo Sule added 13 points with eight boards there, and Shelby Adams had 11 points.

In the win over the Red Wolves, Coastal Carolina’s Tyrell Gumbs-Frater led the team on 24 points with five rebounds and two assists. Devante Jones added 20 points with eight assists and four rebounds there, and Garrick Green had 13 points.

If not for a down performance versus TX-Arlington (a game the Bobcats lost 64-62), Texas State has been pretty impressive over their last seven games. The Bobcats have hit at least 71 points in four of their last six victories.

As for Coastal Carolina, they’ve been really permissive on defense lately, allowing at least 71 points in seven straight games. This should be a pretty high-scoring game overall, and I like the Bobcats on the cover. 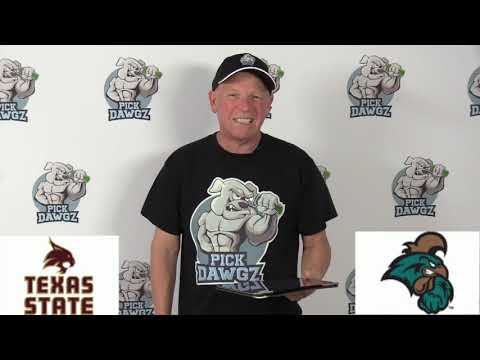