Where to watch: SECN Stream College Basketball all season on ESPN+. Sign up now!

The LSU Tigers and the Vanderbilt Commodores meet in college basketball action from Vanderbilt University Memorial Gym on Wednesday.

LSU enters this one at 17-4 on the year. The Tigers are riding a 10-game winning streak right now, taking out Mississippi, Florida, Texas, Alabama and Mississippi again in their last five outings.

In the win over the Rebels, LSU’s Javonte Smart led the team on 21 points, three assists and two rebounds. Marlon Taylor doubled up on 13 points and 11 rebounds, and Trendon Watford added 13 points and nine boards.

Over on the Vanderbilt side, they’re 8-13 overall. The Commodores are riding a nine-game losing streak right now, falling to South Carolina, Kentucky and Florida in their last trio.

LSU has been on a nice scoring run during this winning streak, and they’ve hit 73 or more points in five of their last six games. There have been several close calls over the last 10 games however: two points versus Texas, two versus Florida, one versus Mississippi State, etc.

As for Vanderbilt, they’ve been pretty underwhelming lately no matter who they’ve gone up against. The Commodores just don’t have the offense to keep up here. I’m going LSU. 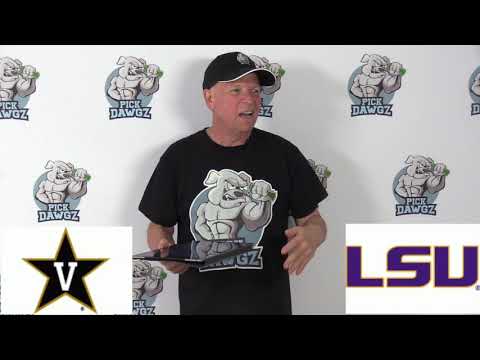