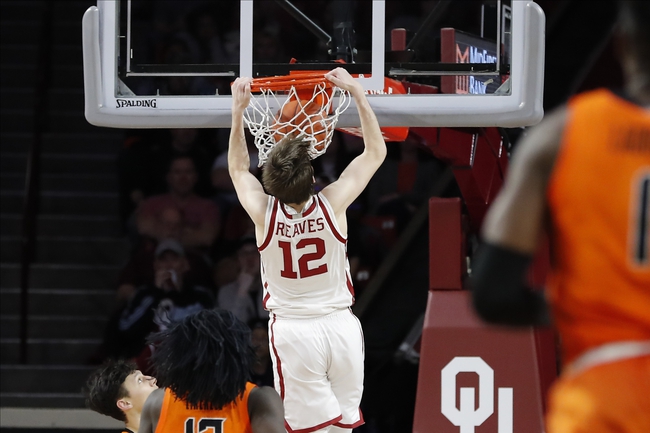 The Oklahoma Sooners will look to find some consistency after alternating wins and losses in each of their last six games following an 82-69 win over Oklahoma State last time out. Brady Manek led the Sooners with 30 points on 11 of 18 shooting with 7 threes, 6 rebounds and 4 assists while Austin Reaves added 21 points on 6 of 12 shooting with 7 rebounds and 6 assists and Alondes Williams added 12 points to finish off the trio of double-digit scorers for Oklahoma in the winning effort. Kristian Doolittle also added 6 points with team-highs of 10 rebounds and 7 assists in the victory. Manek leads Oklahoma in scoring with an average of 15.9 points per game while Doolittle leads the Sooners in rebounding with an average of 8.8 rebounds per game and Reaves leads Oklahoma in assists with 2.9 assists per game this season. As a team, Oklahoma is averaging 71.4 points per game on 42.3% shooting from the field, 32.3% from behind the arc and 76.2% from the foul line this season.

The Texas Tech Red Raiders will look to bounce back after losing 3 of their last 4 games following a 78-75 loss to Kansas last time out. Jahmi’us Ramsey led the Red Raiders with 26 points along with 5 threes while TJ Holyfield added 19 points on 7 of 12 shooting with 3 threes, 8 rebounds and 4 blocks as the only other double-digit scorer for Texas Tech in the losing effort. Kai Edwards had 8 points with a team-high 6 assists while Terrence Shannon Jr. added 8 points with a team-high 11 rebounds. Ramsey leads Texas Tech in scoring with an average of 15.9 points per game while Chris Clarke leads the Red Raiders in rebounding and assists with an average of 7.5 rebounds and 5.4 assists per game this season. As a team, Texas Tech is averaging 73.6 points per game on 44.5% shooting from the field, 33.9% from behind the arc and 76.6% from the foul line this season.

I’m not running to the window to bet this one if we’re being honest, and it’s weird to see Oklahoma with a better record than Texas Tech after the Red Raiders’ run to the national championship game last season. However, while Texas Tech has been strong at home, allowing just 60.3 points per game, the Red Raiders have stumbled lately, including a loss to a TCU team that Oklahoma smoked earlier this season by 20. The Sooners have also had some recent success and took Baylor down to the wire on the road. Texas Tech has played decent in their own right but I just don’t think the Red Raiders should be this heavily favored. I’ll take a shot with Oklahoma and the points in this one. 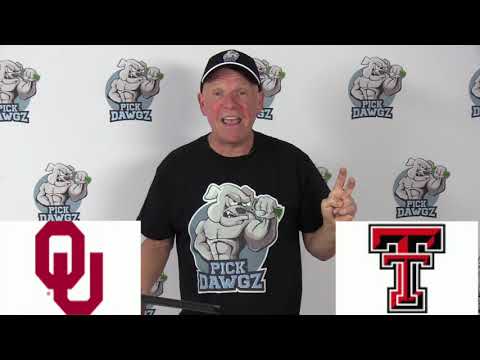