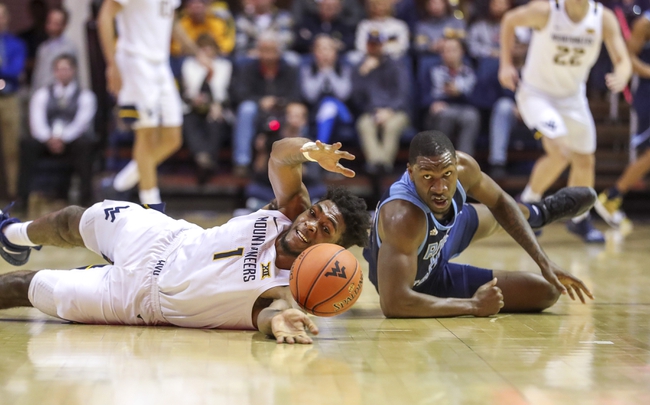 Where to watch: CBSSN Stream College Basketball all season on ESPN+. Sign up now!

The UMass Minutemen and the Rhode Island Rams meet in A-10 conference college basketball action from the Ryan Center on Tuesday night.

The UMass Minutemen will look to rebound from an 85-50 loss to Davidson last time out. Tre Mitchell led the Minutemen with 14 points along with a team-high 6 rebounds while Preston Santos added 10 points on 4 of 8 shooting as the only other UMass player to score in double figures in the losing effort. Samba Diallo added 5 points with 6 rebounds of his own as well in the defeat. Mitchell leads UMass in scoring with an average of 15.5 points per game while Diallo leads the Minutemen in rebounding with 6.4 rebounds per game and Sean East II leads UMass in assists with 4.8 assists per game this season. As a team, UMass is averaging 69.6 points per game on 42.6% shooting from the field, 34.4% from behind the arc and 68.5% from the foul line this season.

The Rhode Island Rams will look to add to their current eight-game winning streak after an 87-75 win over VCU last time out. Fatts Russell led the Rams with 30 points on 6 of 15 shooting with a 16 of 18 mark from the foul line, a team-high 5 assists and 3 steals while Tyrese Martin added 18 points on 7 of 12 shooting with 5 boards and 3 assists and Jeff Dowtin added 17 points on 6 of 9 shooting with 3 threes and 3 assists as well. Cyril Langevine added 11 points on 5 of 8 shooting with a team-high 9 rebounds, 3 assists and 3 steals to finish off the scoring in double figures for Rhode Island in the victory. Russell leads the Rams in scoring and assists with an average of 20.1 points and 4.8 assists per game while Langevine leads the Rams in rebounding with 10.1 rebounds per game this season. As a team, Rhode Island is averaging 74.8 points per game on 43.2% shooting from the field, 32.2% from behind the arc and 69.1% from the foul line this season.

This is a ton to be laying with Rhode Island and the Rams are more than capable of putting up a clunker in a spot like this. However, the Rams are just playing really good basketball right now and are steamrolling teams left and right, including a VCU team that was playing some of the best basketball in the A-10 in their own right up to that point. UMass just isn’t consistent with their offense, and the offense also tends to not show up more often than it does, so by default, I’ll lay the points with the better team and that’s Rhode Island here.