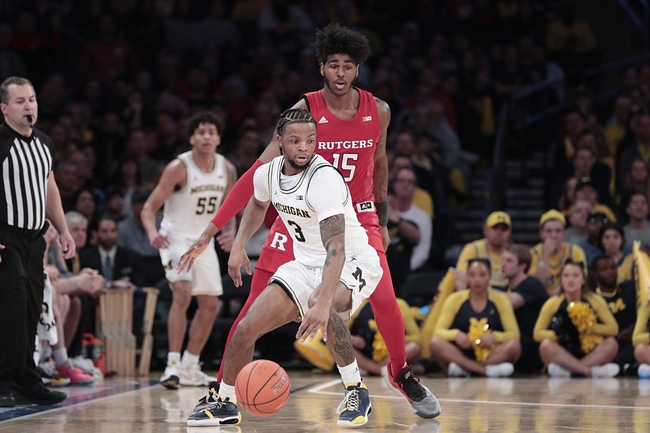 The Ohio State Buckeyes and the Michigan Wolverines meet in Big Ten conference college basketball action from the Crisler Center on Tuesday night.

The Ohio State Buckeyes eill look to build on back-to-back wins after a 68-59 win over Indiana last time out. Kaleb Wesson led the Buckeyes with 15 points on 7 of 12 shooting with 11 rebounds for the double-double while C.J. Walker came right behind with 14 points on 5 of 9 shooting with a pair of threes and a team-high 4 assists with 3 steals. Justin Ahrens added 11 points on 4 of 6 shooting with 3 threes while Andre Wesson added 10 points with 3 threes and 4 assists of his own to round out the scoring in double figures for Ohio State in the winning effort. Kaleb Wesson leads the Buckeyes in scoring and rebounding with an average of 13.9 points and 9.7 rebounds per game while Walker leads Ohio State in assists with 3.1 assists per game this season. As a team, Ohio State is averaging 72.8 points per game on 45.5% shooting from the field, 38.1% from behind the arc and 72.2% from the foul line this season. 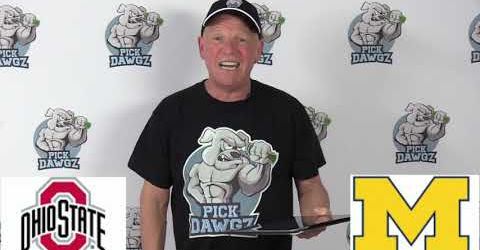 The Michigan Wolverines will also look to build on back-to-back wins after a 69-63 win over Rutgers last time out. Brandon Johns Jr. led Michigan with 20 points on 7 of 13 shooting with 4 threes, 7 rebounds and a pair of steals while Jon Teske added 13 points with 7 rebounds of his own and Franz Wagner added 10 points to round out the trio of double-digit scorers for Michigan in the winning effort. Zavier Simpson added 9 points with a team-high 10 assists and 3 steals as well in the victory for the Wolverines. Teske leads Michigan in scoring and rebounding with an average of 13.6 points and 7.6 rebounds per game while Simpson leads Michigan in assists with 8.4 assists per game this season. As a team, Michigan is averaging 76.3 points per game on 46.9% shooting from the field, 34.7% from behind the arc and 70.4% from the foul line this season.

Part of me thinks this will be a competitive game and that the line is a representation of that. However, another part of me thinks, like a lot of other people as well, that it’s hard to believe that this Ohio State team was the top-ranked team in the country at one point. Michigan’s taken a step back as well, but as far as this game goes, the Wolverines are trying to build off of that strong neutral-site win over Rutgers and like I’ve said before and it’s well=known, home court dominance has been the theme of Big Ten basketball this season. I just think that Michigan is the better team side-by-side, and at home the Wolverines should get the job done with a win and cover here.