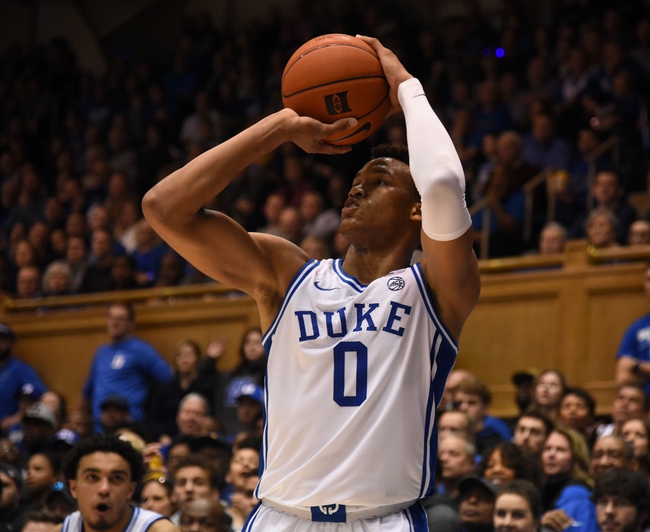 The Duke Blue Devils and the Boston College Eagles meet in ACC college basketball action from the Silvio Conte Forum on Tuesday night.

The Duke Blue Devils will look to add to their current three-game winning streak after a 97-88 win over Syracuse last time out. Vernon Carey Jr. led the way with 26 points on 9 of 14 shooting with an 8 of 10 mark from the foul line and 17 rebounds for the double-double while Tre Jones added 17 points and a team-high 6 assists and Cassius Stanley added 15 points with 6 assists while shooting 6 of 8 from the floor. Matthew Hurt added 12 points and Alex O’Connell added 11 points to finish off the group of double-digit scorers for Duke in the win. Carey Jr. leads Duke in scoring and rebounding with an average of 17.8 points and 8.9 rebounds per game while Jones leads the Blue Devils in assists with 6.8 assists per game this season. As a team, Duke is averaging the 2nd-highest scoring offense in the country, putting up 83.4 points per game on 48.9% shooting from the field, 36.4% from behind the arc and 68.7% from the foul line this season.

The Boston College Eagles will look to build some consistency after alternating wins and losses in each of their last four games following a 71-70 win over North Carolina last time out. Jared Hamilton led BC with 18 points on 6 of 12 shooting with 3 threes and a pair of steals while Derryck Thornton added 15 points and Jay Heath chipped in 12 points with a team-high 6 assists. Nik Popovic added 10 points with a team-high 8 rebounds and 4 steals to round out the group of double-digit scorers for Boston College in the win while Steffon Mitchell added 5 points with 8 rebounds of his own as well in the victory. Thornton leads BC in scoring and assists with an average of 12.8 points and 3.6 assists per game while Mitchell leads the Eagles in rebounding with 8.3 rebounds per game this season. As a team, Boston College is averaging 64.8 points per game on 40.5% from behind the arc, 30.2% from behind the 3-point line and 64.8% from the foul line this season.

The points at home with Boston College are tempting on the surface after how the Eagles rallied to pick up a road win over North Carolina. However, the Tar Heels aren’t playing well right now, and the re-insertion of Cole Anthony, while necessary, seemed to hurt more than it helped the Tar Heels in that game. Even at home, playing a slumping UNC team is a completely different ball of wax compared to what Duke brings to the table. The Blue Devils are healthy and hungry and aren’t a team I’m looking to get in front of right now, especially when Boston College lacks a consistent punch offensively in games. This is a thick spread for a road favorite, but I wouldn’t be surprised if Duke won this one by at least 20. I’ll lay the points with the Blue Devils here. 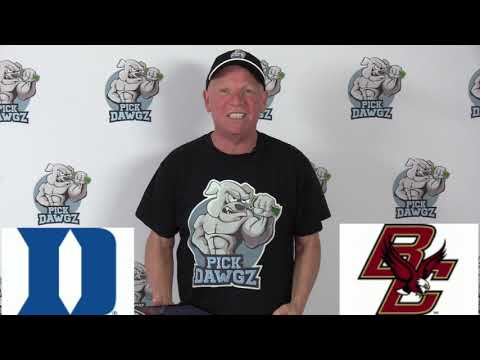