The Auburn Tigers and the Arkansas Razorbacks meet in college basketball action from Bud Walton Arena on Tuesday.

Auburn enters this game at 19-2 overall. Since falling to Florida, the Tigers have won four straight versus South Carolina, Iowa State, Mississippi and Kentucky in succession.

In the win over the Wildcats, Auburn’s Samir Doughty led the way with 23 points and five rebounds. Isaac Okoro added 14 points there, and Austin Wiley had 12 points with 10 boards for the Tigers.

Over on the Arkansas side, they’re 16-5 so far. The Razorbacks are 2-3 in their last five, falling to Kentucky, Mississippi State and South Carolina while beating TCU and Alabama otherwise.

In the win over the Tide, Arkansas’ lead scorer was Mason Jones with 30 points and five rebounds. Jimmy Whitt added 26 points with four rebounds there, and Reggie Chaney hauled in 11 rebounds with eight points.

This four-game winning streak has been pretty good to Auburn. There have been a couple of close calls—namely a four-point win over Iowa State and a one-point win over Ole Miss—but the Tigers have been scoring well with at least 75 in each game during that quartet.

As for Arkansas, they’ve hit at least 70 in each of their last four games and should score pretty well here. That said I like Auburn to control the game and cover in this one. 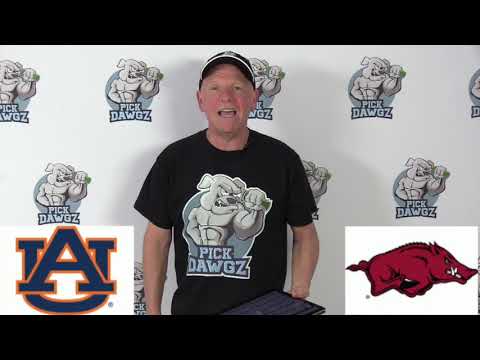