The Tennessee Volunteers and the Alabama Crimson Tide meet in college basketball action from Coleman Coliseum on Tuesday.

The Volunteers enter this one at 12-9 so far. The Volunteers are on a three-game losing skid right now, falling to Kansas, Texas A&M and Mississippi State during that stretch.

In the loss to the Bulldogs, Tennessee’s top scorers were Uros Plavsic and Santiago Vescovi, each with 16 points and a combined seven assists with seven rebounds. Jalen Johnson chipped in 13 points with five assists there also.

Over on the Alabama side, they’re 12-9 this year. After a four-game win streak over Auburn, Missouri, Vanderbilt and Kansas State, the Tide have lost their last pair to LSU and Arkansas.

In the loss to the Razorbacks, Alabama’s Jaden Shackelford led the way on 28 points with seven rebounds and three assists. Alex Reese added 14 points and seven rebounds there, and Kira Lewis had 12 points.

Tennessee hung around with Kansas fairly well and only lost by six points, then they were within five of Texas A&M but weren’t really close to Mississippi State in a 13-point loss their last time out. The Vols have simply been choppy and inconsistent lately.

As for Alabama, the consecutive losses don’t look so great but on the whole the Tide have been scoring pretty well and finish on the right side of 70 most times. I’m going to stick with Alabama on the cover here. 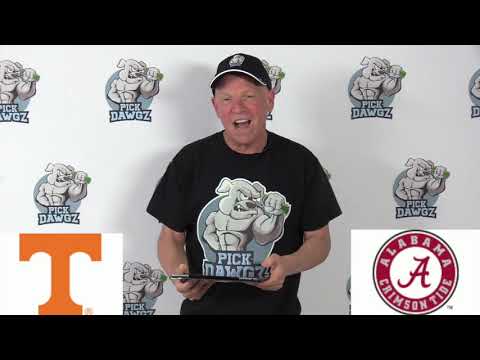