Where to watch: hubison.com/watch/ Stream College Basketball all season on ESPN+. Sign up now!

The Coppin State Eagles and the Howard Bison meet in MEAC college basketball action from the Burr Gymnasium on Monday night.

The Coppin State Eagles will look to find some consistency after alternating wins and losses in each of their last 5 games following a 77-68 loss to Delaware State in their last outing. Andrew Robinson led the way with 18 points on 6 of 17 shooting from behind the arc while Koby Thomas added 17 points with 3 steals and Ibn Williams added 16 points with 4 threes and 5 rebounds to round out the trio of double-digit scorers for Coppin State in the losing effort. Brendan Medley-Bacon and and Dejuan Clayton each had 6 points with Medley-Bacon adding 13 rebounds and 4 blocks while Clayton had a team-high 6 assists. Thomas leads Coppin State in scoring with an average of 12.4 points per game while Medley-Bacon leads the Eagles in rebounding with 7.5 rebounds per game and Clayton leads Coppin State in assists with 3.4 assists per game this season. As a team, Coppin State is averaging 67.6 points per game on 38.7% shooting from the field, 27.2% from behind the arc and 62.9% from the foul line this season.

The Howard Bison will be out to snap an 11-game losing streak after an 89-83 loss to Morgan State last time out. Nate Garvey led the Bison with 19 points on 7 of 11 shooting with 5 threes and 3 assists while Wayne Bristol Jr. added 17 points with 3 threes and 5 rebounds and Zion Cousins and Charles Williams each had 15 points with Cousins adding 7 rebounds. Khalil Robinson added 14 points with a team-high 9 assists and 4 steals to finish off the scoring in double figures for Howard in the losing effort with Howard adding a team-high 9 assists and 4 steals. Williams leads Howard in scoring with an average of 18.2 points per game while Cosuins leads the Bison in rebounding with 7.7 rebounds per game and Robinson leads the Bison in assists with 3.7 assists per game this season. As a team, Howard is averaging 70.3 points per game on 41.5% shooting from the field, 34% from behind the arc and 69.2% from the foul line this season.

I’m not running to the window to bet this one, but I’m also not about to lay points on the road with a Coppin State team that hasn’t been very good this season to begin with. Howard hasn’t been anything to write home about either, but the Bison are at least covering games and I just think this is a prime opportunity for Howard to snap their losing streak. I’ll take the points with Howard to be safe here.

Get Premium Picks Start Winning Now »
The pick in this article is the opinion of the writer, not a PickDawgz site consensus.
Previous Pick
North Carolina Central vs. Norfolk State - 2/3/20 College Basketball Pick, Odds, and Prediction
Next Pick
Northern Arizona vs. Eastern Washington - 2/3/20 College Basketball Pick, Odds, and Prediction 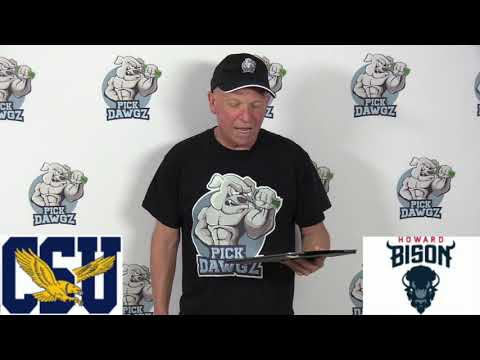