The Wright State Raiders and the Green Bay Phoenix meet in college basketball action from Resch Center on Sunday.

Wright State enters this one with a 19-4 record so far. The Raiders are on a four-game win streak right now, taking out Cleveland State, Youngstown State, Northern Kentucky and Milwaukee in that time.

In the win over the Panthers, Wright State’s Billy Wampler posted 19 points with seven rebounds, while Loudon Love doubled up on 16 points and 13 rebounds. Tanner Holden added 16 points and four boards there as well.

Over on the Green Bay side, they’re 10-13 so far. After winning three straight versus Oakland, Detroit and Cleveland State, the Phoenix have lost their last two to Youngstown State and Northern KY.

In the loss to the Norse, Green Bay’s Amari Davis led the team with 14 points and seven rebounds. Trevian Bell added 12 points and seven boards there, and both JayQuan McCloud and Cody Schwartz put up 11 points apiece.

Wright State has looked pretty solid over this four-game winning streak, though they played it a little close their last time out 65-61 over Milwaukee. Prior to that, the Raiders had hit 70 points in every game this season.

As for Green Bay, they’re a pretty solid offensive team themselves, though they hit just 62 in their last outing. All things considered, this should be a pretty fun matchup and a high-scoring game. I like Wright State a little better on the cover, though. 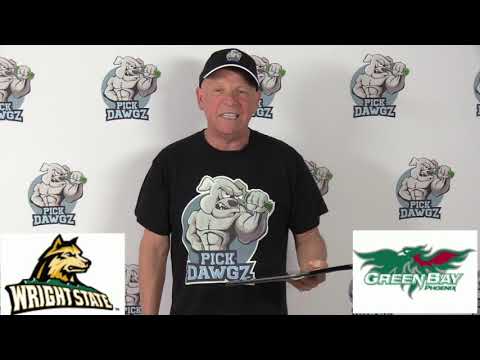