The Utah Utes and the UCLA Bruins meet in Pac-12 conference college basketball action from the Pauley Pavilion on Sunday afternoon.

The Utah Utes will look to rebound after a 56-52 loss to USC last time out. Timmy Allen led the Utes with 13 points along with team-highs of 9 rebounds, 3 assists and 3 steals while Branden Carlson added 11 points on 5 of 8 shooting and Riley Battin and Rylan Jones each had 10 points to round out the group of double-digit scorers for Utah in the losing effort. Battin added a team-high 9 rebounds and a pair of steals while Johes had 3 assists. Allen leads Utah in scoring and rebounding with an average of 18.7 points and 7.7 rebounds per game while Jones leads the Utes in assists with 4.8 assists per game this season. As a team, Utah is averaging 74.2 points per game on 45.5% shooting from the field, 33% from behind the 3-point line and 74.4% from the foul line this season.

The UCLA Bruins will look to build on a 72-68 win over Colorado last time out. Chris Smith led the Bruins with 30 points on 8 of 16 with a 13 of 15 mark from the foul line along with a team-high 9 rebounds and 3 steals while Jaime Jaquez Jr. added 13 points with 7 rebounds and Prince Ali added 11 points with 3 threes and 5 rebounds to round out the trio of double-digit scorers for UCLA in the win. Smith leads UCLA in scoring with an average of 13 points per game while Jalen Hill leads the Bruins in rebounding with 7 rebounds per game and Tyger Campbell leads UCLA in assists with 4.1 assists per game this season. As a team, UCLA is averaging 69.6 points per game on 43.4% shooting from the field, 30.8% from behind the arc and 70.5% from the foul line this season. 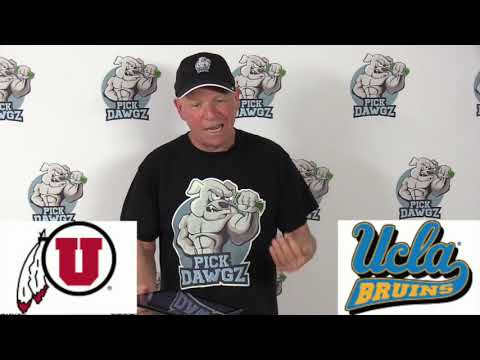