The Quinnipiac Bobcats and the Niagara Purple Eagles meet in college basketball action from Gallagher Center on Sunday.

Quinnipiac comes in here at 11-8 so far. The Bobcats are 2-3 in their last five games, falling to Manhattan, Saint Peter’s and Siena while otherwise beating Fairfield and Canisius. 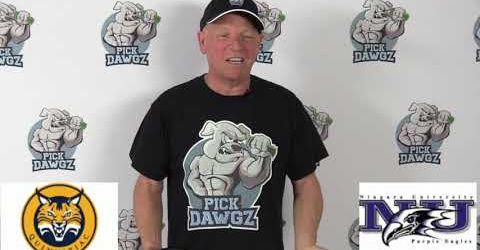 In the win over the Griffins, Quinnipiac’s lead scorer was Tyrese Williams with 26 points, four rebounds and one assist. Kevin Marfo posted a double-double in that one as well with 10 points, 11 rebounds and two assists.

Over on the Niagara side, they’re 6-14 this year. The Purple Eagles have lost their last three straight games, dropping to Monmouth, Saint Peter’s and Marist in that stretch of outings.

In the loss to the Foxes, Niagara had no players in double-digit scoring, thanks to their team total of just 48 points. James Towns led the team with nine points, and both Justin Roberts and Marcus Hammond added eight apiece.

In their last two wins, the Bobcats have scored a combined 171 points. In their last three losses, they’ve managed a high of 61 points and even fell as low as 51 in a 20-point blowout by Saint Peter’s.

As for Niagara, they had a run of four straight 70-plus-points games but have put up just 101 combined in their last pair. There’s really not a lot to like about this matchup, but with the Bobcats as the better team I’m going Quinnipiac on the cover.