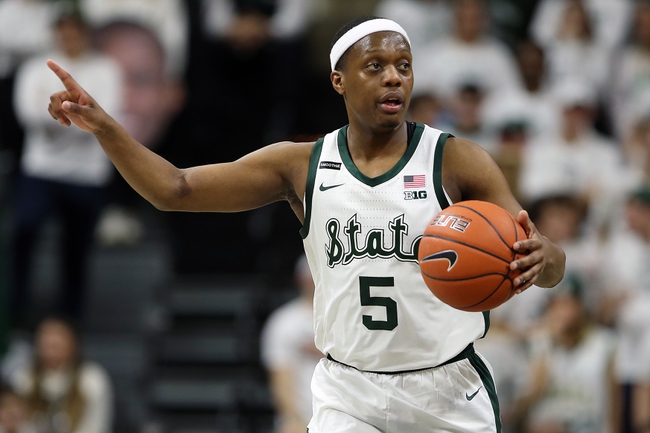 The 14th ranked Michigan State Spartans will travel to the Kohl Center to take on the Wisconsin Badgers this Saturday afternoon in College Basketball action.

The 14th ranked Michigan State Spartans improved to 16-5 overall (8-2 Big Ten) with a 79-50 win over the Northwestern Wildcats this past Wednesday. Michigan State dominated the Wildcats on both ends of the court throughout the game and easily pulled away in the 2nd half after taking a 46-24 with 12:31 remaining in regulation.  Michigan State controlled the glass out-rebounding Northwestern 44-29 including a 15-6 edge on offensive boards.  They were led by Cassius Winston and Xavier Tillman who collected 18 & 12 points collectively.  Tillman added 8 rebounds and 4 assists as well.

Defensively, Michigan State is holding their opponents to 62.6 ppg on 37.2% shooting.  The Spartans have a rebound margin of 9.6 and a turnover margin of 1.2.

The Wisconsin Badgers lost their 2nd straight game and have dropped to 12-9 overall (5-5 Big Ten) after being defeated by the 18th ranked Iowa Hawkeyes, 68-62, this past Monday.  Wisconsin battled well all game but finally gave up the lead for good 60-59 at the 1:20 mark after a cold stretch that saw them go scoreless for over almost five and a half minutes late in the second half.  The Badgers defended well but allowed Iowa to get to the line 32 times was the major difference maker in the game.  Leading the way for Wisconsin was D’Mitrik Trice netting 16 points, 9 rebounds, & 6 assists.

Defensively Wisconsin is holding their opponents to 61.4 ppg on 41.1% shooting from the field.  The Badgers have rebounding margin of 0.0 and a turnover margin of 1.2.

Michigan State has won 3 of their last 4 games and have been solid on both ends of the court this season as the Spartans rank 50th in scoring offense, 32nd in scoring defense, and 4th in rebound margin.

Wisconsin have lost 3 of their last 4 games and although their defense has been solid, ranking 19th in scoring defense, the offense has had trouble generating offense as the Badgers rank just 301st in scoring offense and 227th in FG%.

Wisconsin is an impressive 9-1 at home this season however, I just don’t see how the Badgers offense is going to be able to keep up with the Spartans in this one. Michigan State has won the last three games by 8+ points, including a 67-59 win at Wisconsin last season and, I think the Spartans and their offense do enough to make it four in a row and cover this spread. Take Michigan State to cover. 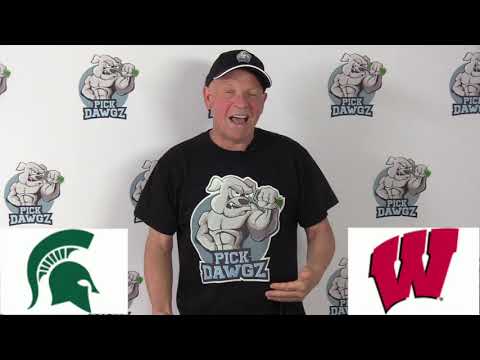